Home News armed forces Safety The Chinese dragon on the port of Taranto: the ...

The Chinese dragon on the port of Taranto: Chinese infrastructural colonialism "wakes up" COPASIR 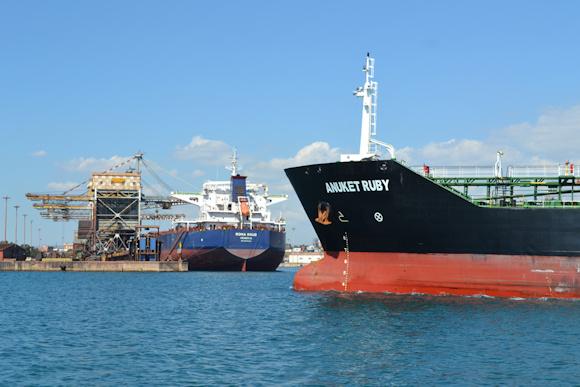 The fingernails of the Chinese dragon could soon grab the strategic infrastructure of Taranto. To warn Palazzo Chigi of this danger was the president of Copasir, the Hon. Raffaele Volpi: "With reference to the broader question of the interests of Chinese companies in national strategic assets, Copasir, in its institutional function, has [...] already acquired a summary document, from the intelligence organizations, on the interests expressed by companies Chinese towards the strategic area of ​​Taranto or the Ilva industrial plants and the entrustment of the management of the port of the Apulian city " and asking the executive to take the "consequent decisions" to safeguard these important national logistic-industrial poles on the Ionian coasts.

In particular, the interest of the Chinese would have turned to the port of Taranto, one of the most important in Italy, located in the heart of the Mediterranean, straddling the Euro-Mediterranean trade routes. Above all, the port of Taranto is located 172 nautical miles (318,544 km) from the Suez-Gibraltar route, the great merchant snake of the Mare Nostrum, and has therefore fallen into the orbit of the Chinese state capital interested in expanding the commercial networks of Beijing. in the "warm seas". The port of Taranto has 1.600.000 square meters of operational areas and 1.150.000 square meters of concession areas and an internal railway container terminal connected to the national network; it is also affected by modernization and maintenance works scheduled with the approval in 2019 of the new Regulatory Plan which essentially follows the strategic guidelines of the Monti government (2011-2013). 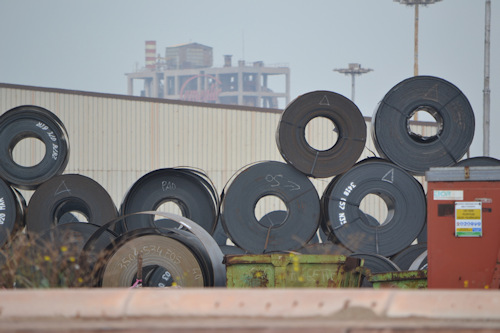 For container handling, the port of Taranto ranks 11th in Italy with a radical decline over the last decade, but it is also important to underline that over the years the Ionian port has transformed into a logistical infrastructure with some specificity: its quays are in fact transported mainly coal and iron and in this area - linked to the city tradition of heavy industry - it is firmly in first place, considerably detaching the competing port of Piombino.

Last June the extraordinary commissioner of the port of Taranto Sergio Prete entrusted the public company (en casa of the Ministries of Infrastructures and Environment) Sogesid the reclamation works of the defined port area ex Yard Belleli, the same for which the Ferretti Group (historic Bolognese company 86% controlled by the Chinese state company Weichai Group) has applied to the Ionian Port Authority for a concession for forty years in recent weeks. The area ex Yard Belleli it measures 38 hectares and is located in the off-road port of Taranto, between the unloading channel of the ILVA steel plant and the V Sporgente; with the Port Regulatory Plan it has been used for various processing and storage and logistics activities at least in part functionally connected and integrated to the containerized goods handled. The project of the Italian-Chinese Ferretti Group envisages the construction of a production center and a research and development center with the possibility of providing work to approximately 200 people.

Taranto returns with Trieste (v.articolo), Genoa, Ravenna, Venice, Gioia Tauro and Palermo among those port infrastructures "observed special" by the Chinese strategists of the "Belt and Road Initiative" and the development of a "maritime silk road" that not only improves the trade links of the Republic Popular Chinese with the Mediterranean countries of Eurasia but which allows companies direct expression of the Beijing government or "satellites" to control important slices of strategic infrastructures. 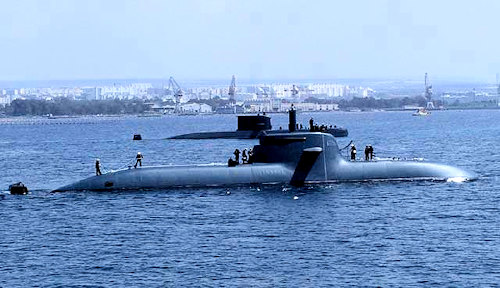 The risks to national security are evident, all the more so because the sprawling network of Chinese interests in Italy is difficult to censor, and then because Rome is one of the countries of the Atlantic Alliance which, precisely in Taranto, is in the port area of Mar Grande which in the one of Mar Piccolo has important military installations just like the Navy.

NATO ships moored in Taranto participate in the anti-terrorism operation Sea Guardian but above all they have an operational projection towards the Aegean Sea, an area in which there are currently strong tensions between Greece and Turkey (see the events of Kastellorizo) and which are the result of the movements on the wider chessboard of the Cindoterraneo that see the block confronting Western and social-capitalist China.

The Northern League MEP Anna Bonfrisco (member of the EU-NATO Delegation) had already raised the problem of a deep-rooted Chinese presence in the port of Taranto and today the question has been taken up by Raffaele Volpi and by Senator Adolfo Urso (Brothers of Italy) who is vice-president of Copasir.

In November 2019, Foreign Minister Luigi Di Maio (one of the main sponsors of the New Silk Road) on a visit to Shanghai had talked about future Chinese initiatives for the port of Taranto, welcoming the news of Beijing's interest, now Copasir has asked the government to be able to control the evolution of the negotiations on the Silk Road for fear of non-transparent agreements and the opening of a preferential channel for Chinese military and industrial espionage operations.

In the next session of the Copasir we will talk about the port of Taranto but it is by no means excluded that we do not take the opportunity to discuss more generally the Chinese economic-commercial (and political-strategic) interests in Italy and therefore the impact of the New Via della Seta on Rome's foreign policy. Once again the subject of the dispute is the geopolitical position that the Giallorossi government intends to give to Italy and the interpretation of its Atlantic role.

A free screening promoted by ONA and Osservatorio victims of duty which, in light of the aims of the statute, ...
89
Read

WhatsApp has depopulated among citizens of the whole world but not everyone has deepened the legal aspects ...
1436
Read

The financiers of the Guardia di Finanza of La Spezia, the ROS Carabinieri, the officials of the local Customs Office, ...
358
Read