Home News armed forces Safety The head of the Belgian federal police from the v ...

The head of the Belgian federal police from the top of the Arm. Themes: cooperation and the fight against terrorism 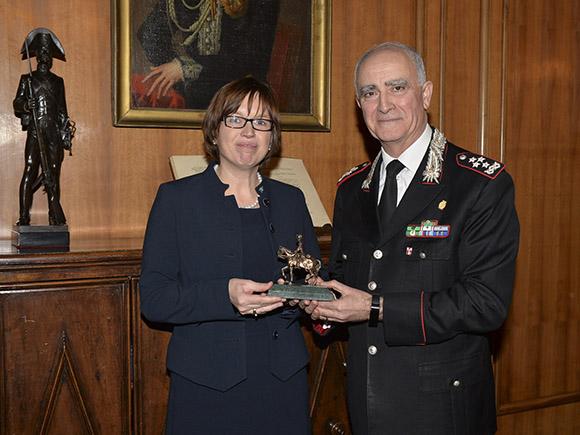 Received by the commander general Tullio Del Sette, after the ritual honors and a brief welcome interview with the exchange of symbolic gifts, she met with the top of the Army to strengthen the relations of friendship and collaboration between the two police forces and to deepen in particular the possible forms of cooperation in the fight against terrorism and information exchange.

We all remember the serious incidents that took place in Belgium on 22 in March 2016: from the bombing at Zaventem airport, to the explosion at the Maelbeek stop of the Brussels metro, near the headquarters of the European institutions. Certainly the meeting took place between countries and police authorities that have the topic in mind, considering that Italy has experienced the painful season of the years of lead on the skin.

With this in mind, the general commissioner will visit the command of the ROS tomorrow, for a meeting with that commander, General Giuseppe Governale, where the issue of combating the terrorist threat will be discussed. The ROS is strongly committed against international subversion, it is enough to recall the arrest of last October against three North Africans, traced between Savona, Turin and Milan, investigated for association and enlistment with the aim of international terrorism, or the anti-ISIS operation conducted in Rome in March 2016, which led to the arrest of two Macedonians and the issuance of a third provision against a "foreign fighter" believed to be stationed in Iraq.