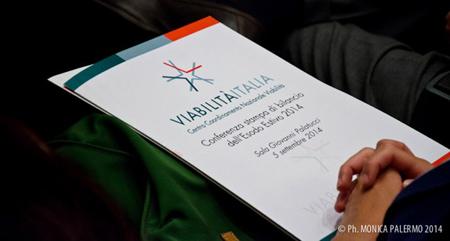 Holidays ended, many have resumed work. Let's see how the hot days went from the point of view of traffic and road safety.

Means and men were deployed by the Interior Ministry to ensure safety for travelers during departures and returns, with monitored traffic h24.

Traffic police and carabinieri have deployed 677.518 patrols. The flight departments of the state police carried out 48 missions with 13 aircraft, for a total of 71 flight hours, while the carabinieri weapon ensured traffic surveillance also using helicopter cores with 68 missions for 57 flight hours.

The fire brigade and the forestry body of the state are also committed to combating forest fires, using road vehicles, helicopters and airplanes, interfacing with the civil protection department.

The motorway concession companies have activated the usual procedures to guarantee, to users in transit, traffic safety and fluidity. Men, means and technologies have been made available, with an active h24 information system, with 35 radio rooms, over 5.300 cameras, 2.600 variable message panels, 7.200 SOS emergency call stations, 2.000 traffic management and 6.000 in extraction sector.

The ANAS has instead used 2.500 resources among operating personnel, infomobility and technicians, assisted by 1.070 vehicles, 1.800 fixed or mobile cameras, 300 variable message panels, and in addition, to facilitate motorists, the sites have been reduced to a minimum. of works, with the exception of immovable ones.

The railway police have increased services with more than 47.00 station patrols, 12.000 on board the train, escorting 26.285 railway trains. In addition, 3.684 anti-buckling services in civilian clothes have been prepared to counter theft against travelers. In this regard, an advertising campaign was launched in anticipation of the summer exodus "Be careful! Make the difference", a collaboration between the railway police and the state railways.

These were the numbers of the 2014 summer exodus that emerged on Friday 5 September, during the press conference at the public security department of the Interior Ministry.

In the presence of the interior minister Angelino Alfano and the chief of the police, prefect Alessandro Pansa, the leading experts in road safety and road conditions took part: the central director of the traffic police, railway, communications and for the special departments of the police of was Roberto Sgalla, coordinator of the press conference; the director of the traffic police service and president of viability Italy Giuseppe Bisogno; the Director General for Road Safety of the Ministry of Infrastructure and Transport and Vice President of Viabilità Italia Sergio Dondolini; the minister of infrastructures and transport Maurizio Lupi, the general director of AISCAT Massimo Schintu, and the president of ANAS Pietro Ciucci.