The carabinieri for environmental protection verify reports: kidnappings for 5 million and 63 people reported 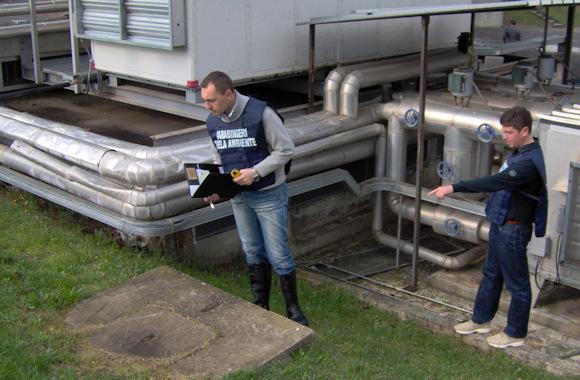 As part of the fight against water pollution with particular reference to the processes of purification of industrial wastewater, the military of the Carabinieri Environmental Protection Command as a result of an impressive operation that has affected the Campania - Calabria - Basilicata Regions for several weeks and Puglia have referred to 63 Judicial Authority persons among owners, directors and managers of companies \ companies responsible for non-compliance or absence of the required authorizations for industrial discharges, criminal hypothesis provided for by the Environmental Code (Art. 137) and for the which is expected to be arrested from two months to two years or the fine from one thousand five hundred to ten thousand euros.

By mainly reporting the reports of private citizens alarmed by the risks of contamination of groundwater, under the magnifying glass of the military companies are operating in the fields of plastics, chemicals, production of ferrous material, mechanical workshops, car washes and hotels and plexuses public or private hospitals.

The inspections have made it possible to ascertain illegal spills, often of highly polluting and toxic substances in the public sewers, in drains or in the most severe cases in surface water bodies (sea, rivers or streams).

The value of the seizures made that exceeded the 5 million euros was huge and concerned drainage pipes, wastewater tanks, wells, and in severe cases whole production plants \ companies, of which the activity was temporarily suspended. Similar checks will be repeated in the next few months also in other Regions.

During the night, the carabinieri of the ROS and of the Provincial Command of Milan carried out an Ordinance of ...
1185
Read

As part of the health emergency connected to the epidemic spread of "covid-19", the Carabinieri Command for the ...
274
Read