Home News armed forces Safety The Carabinieri of the NOE of Venice and of the c ... 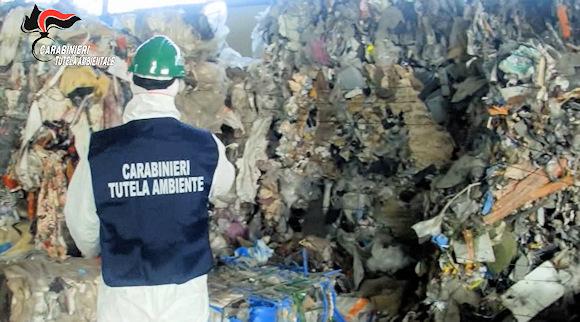 The activities aimed at preventing the phenomenon of waste fires continue unceasingly through the search and seizure of warehouses used for illegal landfill in the territory, exercised through the joint effort of the Carabinieri of the NOE of Venice and the various components of the territorial Weapon.

Thanks to a report received from Carabinieri Company of Castelmassa (RO) has been identified, in Fiesso Umbertiano, a shed already in use to a company operating in the production of panels for refrigerators and now in bankruptcy, and then a disused warehouse, abandoned.

In the circumstance, the timeliness of the action of the local military was decisive Carabinieri station that, after receiving some reports of private citizens suspicious of the continuous transit of vehicles near the shed, immediately interested the carabinieri of the NOE of Venice to be carried out targeted checks in the area affected by the particular phenomenon. It was decided to control the industrial shed, inside which illicitly stored about 5000 cubic meters of waste, mainly of plastic nature and textile residues, piled up to touch the ceiling of the structure itself. The modalities of the storage, the almost complete saturation of the spaces, the difficulty in accessing the inside, the electrical system in contact with the waste and the lack of fire-fighting devices alarmed the soldiers who proceeded to seize the area of ​​about 3000 square meters .

The discovery of this shed, like others in Northern Italy, is part of a preventive and repressive strategy developed by the Carabinieri Command for Environmental Protection which sees i in the front line involved Ecological Operative Units, and is the manifestation of a phenomenon in which unscrupulous entrepreneurs resort to ways of disposing of plastic waste through illicit or only seemingly regular channels both to cut the costs of such activity maximizing profits, and to cope with the changed international conditions in trade waste that sees a substantially saturated market.

Targeted investigations are already under way to identify the responsibilities and provenance as well as the characterization of the waste found.