The "150" times are successful. Will the speed cameras continue to make money? 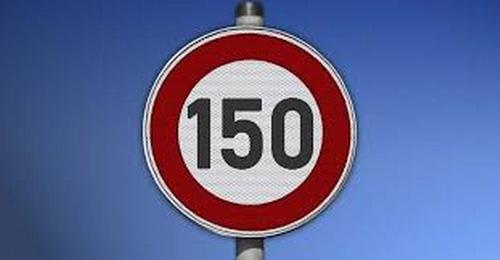 The news came a few days ago from the headquarters of the Presidency Committee transport to the House, chaired by the Northern League Alessandro Morelli, who put forward the proposal to raise the speed limits on motorways to 150 Km / h, as long as they fall into specific security canons .

It should be noted that the cold sensation detected among the other political parties does not seem to have given rise to particular controversy, perhaps because this proposal would entail the need to invest in the modernization of infrastructures that, in addition to utility, would also offer job opportunities.

Even if someone says that behind the novelty of 150 now there is a targeted and forward-looking political strategy, perhaps it is appropriate to say that it does not matter what the color of the cat is, if the latter is able to take the mouse.

In fact, with modern active safety systems on board vehicles, raising the limits would bring some benefits to motorists and if anything, the adversity to the proposal could lie on the quality of car drivers, which in themselves are quite unruly, if we consider that after the introduction of the new highway code in the '92 the old licensees have not been updated properly on the new provisions, such as the use of the freest lane to the right.

A proposal not to be discarded a priori and, perhaps, could also extend to modern buses and trucks with specific characteristics that self-limit the speed in relation to traffic, essentially revising their maximum speed limits with a specific study with trade associations. It could translate into an optimization of work for companies and a reduction in the time and commitment of drivers. The drivers of heavy vehicles from their forums, however, point the finger denouncing other needs, especially the quality of infrastructure and too many unruly drivers in addition to an extra EEC competition to the reduction of costs and quality, but poorly pursued and prosecuted for obvious reasons ... and even more topical is the pension aspect of Quota 100.

To better frame this issue, let's go over the stages of speed limits in our country. The Mussolini government, due to the little traffic and the confusion generated by too many local customizations on speed limits, entrusted the "subjective prudential criterion" that is to the discretion of the agents and not to the rules the discipline of the motorist giving so much power to those who had to check the violations. Subsequently, in the seventies, the oil crisis led the government to set stringent speed limits on motorways, which are still valid limits. If the current proposal were approved, Italy would be in second place after Germany for higher speed limits on the motorway.

But how are things actually?

In fact, in the four-lane highway sections, the possibility to increase the speed to 150 km / h already existed but the legislation had never been officially accepted so it was practically impossible to find prohibition signs showing this value.

Italy, we all know very well, is the country of the bureaucracy, of the many taxes and in many cases the devious and countless speed cameras now spread everywhere are more a clear statement of this aspect rather than an effective method to protect our safety of citizens and taxpayers.

Then there is the interest related to the business of an almost forced sale of vehicles, clearly reserved for those who can afford it because it works, but despite this tangible reality is plain to see, the data on the average age of the Italian car fleet are contradictory or deliberately such. The fact is that a vehicle overhauled even if not very young can safely reach the 150 without problems at the time; in fact, the problem that could undermine this proposal could be more on the potential of a motorist than in his car registry.

Under the lens it would be necessary to stop the causes of the frenzy and stress that in recent decades are affecting a large part of the Italian population especially in the capitals, a reality often linked to insecurity and unemployment, as well as to pressure at work. A highly contraindicated condition in chaotic traffic but ideal to make cash with fines and that does not solve the problem, on the contrary even more annoying the exasperated citizen. Perhaps starting to widen the ring roads and two-lane highways, the proposal could translate into the hours of no traffic, to a certain benefit for the motorist.

On federal Autobahns, there is a "recommended" speed of 130 kilometers per hour, but there is no real limit, and in certain places you can reach and exceed the limit set on large sedans by car manufacturers, the 250 km / h. Anyone who wants to dare more on board perhaps of his Lamborghini, Ferrari or Maserati, assumes the responsibilities of the case, as long as the road permits.

A tested and well-functioning system like the strict controls, but there are also two aspects that distinguish German drivers: first, the license is not considered an acquired right and only if you are really able to do so after a severe driving school and secondly German motorways are less trafficked, perhaps due to an optimization of working life and the use of public transport much greater than us. It should also be remembered for the record that the Autobahn will also be paid by the 2019 and maybe depending on the type of vehicle.

It is therefore necessary to observe what sounds like the proposal by the League or if it can really take a concrete form to encourage all road users, in a country now fed up of waiting and with the urgent need for answers and job opportunities, both for the young people for the young.