Fire Emergence: Carabinieri arrested criminals at the gates of Rome 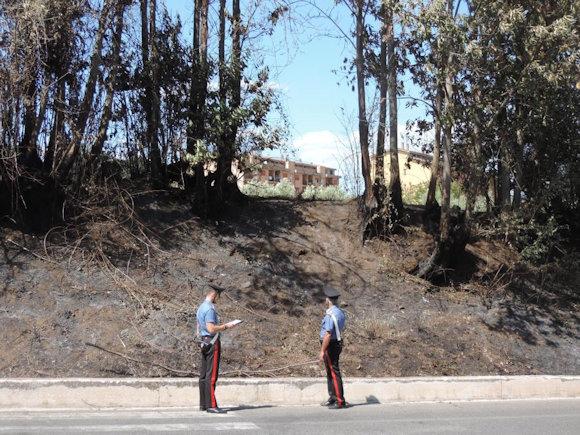 In the course of targeted services activated following the fire emergency in recent days, the police of the Genazzano Station arrested a worker, 32enne from the province of Lecce but resident in the capital for the crime of fire.

Around 19,00, noticed by a passer-by, the man had set fire to some pieces of paper that he later abandoned on the undergrowth, close to a plot of land and an olive grove, near a complex of social housing and gave himself immediately on the run by boarding the CO.TRA.L bus to Rome.

On site there was immediate intervention by the firefighters of Palestrina and the civil protection of Genazzano who extinguished the flames that had already spread affecting tall trees, without causing, luckily, injuries and damage to the nearby houses.

The carabinieri of the Genazzano station intercepted the bus on the Rome East Bypass, at the Tor Cervara junction. The driver, in agreement with the military, simulated a breakdown in the vehicle and stopped, thus allowing the police to get on board and block the man who was arrested for the crime of fire and made available to the 'judicial authority.

The use of social media in order to direct, condition and influence a target subject presupposes that ...
1850
Read

WhatsApp has depopulated among citizens of the whole world but not everyone has deepened the legal aspects ...
1489
Read