Defense: Undersecretary Rossi remembers the victims of the mafia 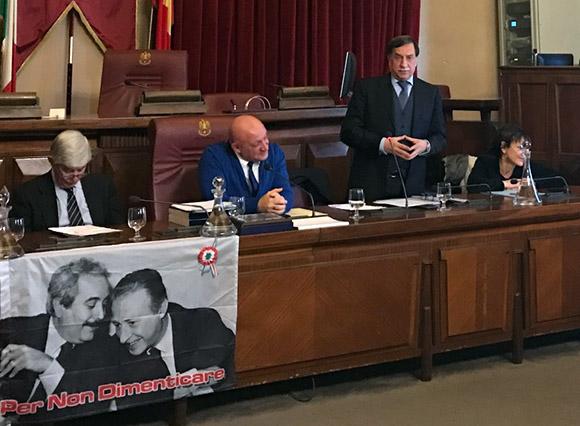 The Undersecretary of State for Defense, Domenico Rossi, participated this morning, at the council chamber of the municipality of Palermo, in an event of the parliament of international legality, chaired by professor Nicolò Mannino, to remember the killing of little Giuseppe Di Matteo.

Among others, the State Undersecretary of the Ministry of Infrastructure and Transport, Senator Simona Vicari, were present to witness the closeness of the institutions, the vice mayor of Palermo, Emilio Arcuri, and the pupils representing the main schools, of every order and grade, of the province of Palermo.

A moment of reflection to remember the victims of all the mafias and turn a thought of solidarity to all the families that have known the tragedy of the loss of a relative at the hands of violence.

"Mafia behavior is sneaky, keep your eyes always open"said Undersecretary Rossi in his speech, addressing the children sitting in the classroom,"There is no limit to your dreams, many times to pursue them it seems easier to take a shortcut, but life always rewards honesty and merit, never forget your identity".

"Look at the Tricolore, the values, the principles of men and women who wear uniforms, as a reference model"added Undersecretary Rossi.
finally, in stressing the importance of the role of politics: "Institutions must always be present and give a common message of unity for the achievement of a common goal. Legality has no political color, it belongs to everyone."