The new Lamborghini Huracán handed over to the police 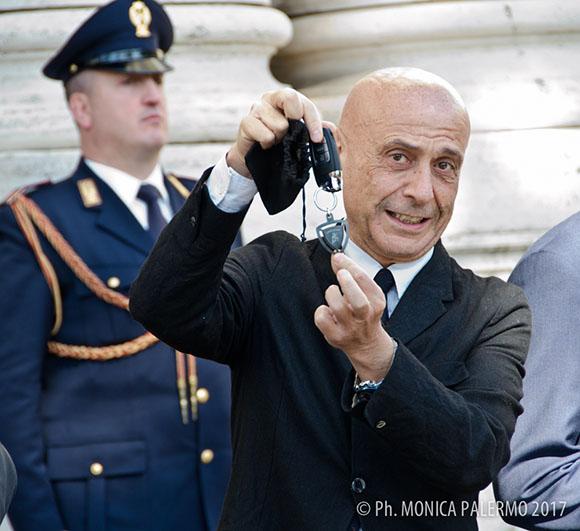 Less than thirty minutes spent by the new Lamborghini Huracán LP 610-P for the Rome-L'Aquila road section, the time required for urgent medical transport. The car, the second in the series, was delivered today to the State Police and presented to the press.

The managing director of Lamborghini, Stefano Domenicali, handed over the keys to the Minister of the Interior Marco Minniti, in the presence of the Chief of Police Franco Gabrielli.

The car replaces the Lamborghini so far used, the Gallardo Polizia, which will be on display at the Museum of the Car of the State Police of Rome.

La Huracán Police it is used in rescue operations, traffic police and medical transport. Compared to the previous car, it has an 610CV engine and an aluminum and carbon fiber frame that guarantee high performance and maximum stability even at high speed, it can reach 325 km per hour, and it is, as the minister ironically pointed out Minniti, the only car on which the laws of the speed camera do not apply.

The passenger compartment of the car is equipped with the most advanced technological equipment such as tablets, system computers and cameras, which allow police control activities. Ample space is given to accessories and equipment for health care, such as the defibrillator placed inside the car and a refrigerator compartment under the hood, to allow organ transport.

The tires are from Pirelli P-Zero with the logo written in the medium color Police and were created for the occasion.

This new car aligns with the style of the other cars of the police stable, also with the tricolor side stripe.

But let's see some technical data of the car. The Lamborghini Huracán LP 610-P has a hybrid chassis made of aluminum and carbon fiber. It is a V-shaped ten-cylinder - 5204cc, is euro 6 and delivers 410 Kw / 610cv at 8250 rpm. It is all-wheel drive with multi-disc electro-hydraulic clutch, with seven-speed LDF gearbox with double clutch. It reaches a top speed of 325 kilometers per hour and reaches 100 km / h in 3,2 seconds, and 200 km / h in 9,9 seconds. About 4 and a half meters long and almost 2 meters wide, it weighs 1422 kilos and has a tank with 80 liters of capacity.

The Lamborghini Huracán is equipped with a lighted faired bar, flashing spotlights under the front grille and an electronic two-tone siren. It is equipped with a remote control for switching on the flashing lights and the siren, with a built-in microphone for amplifying the voice outside the vehicle. 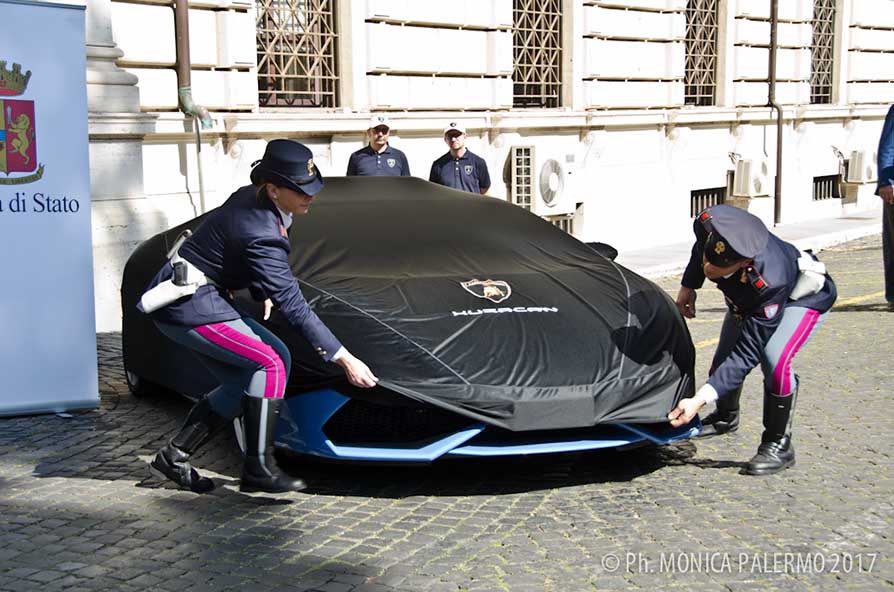 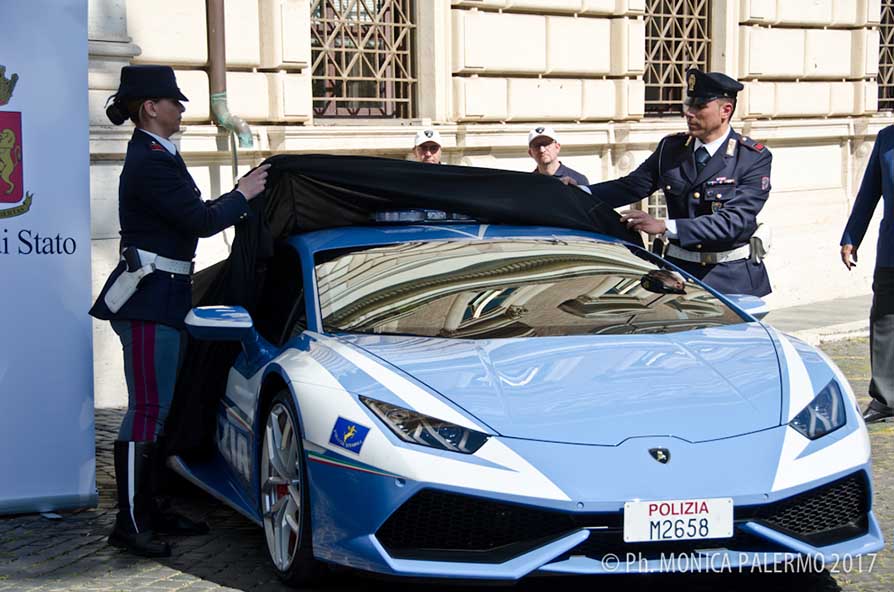 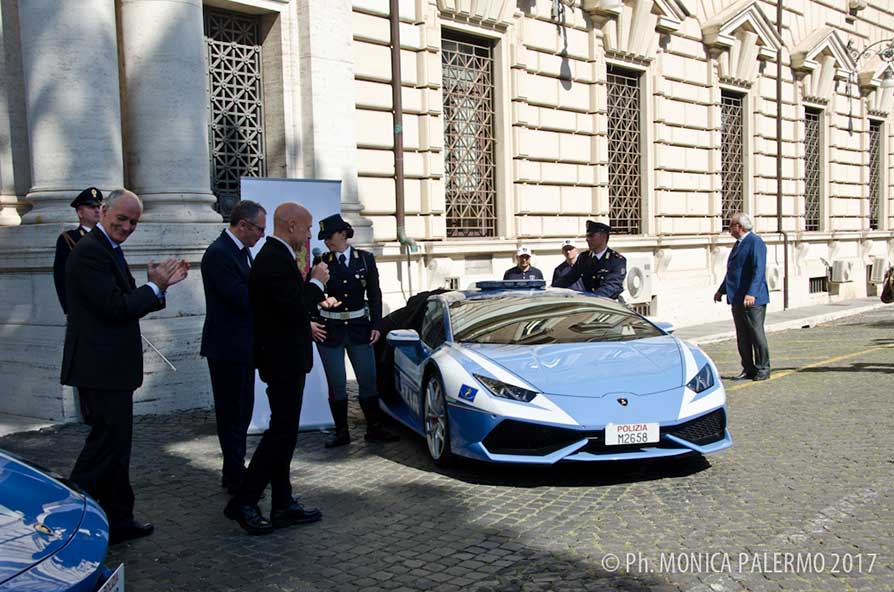 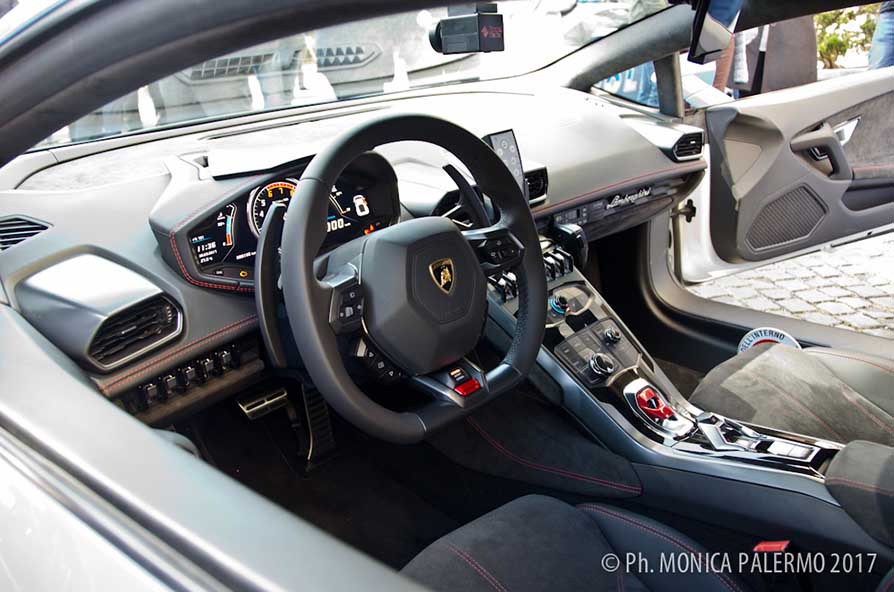 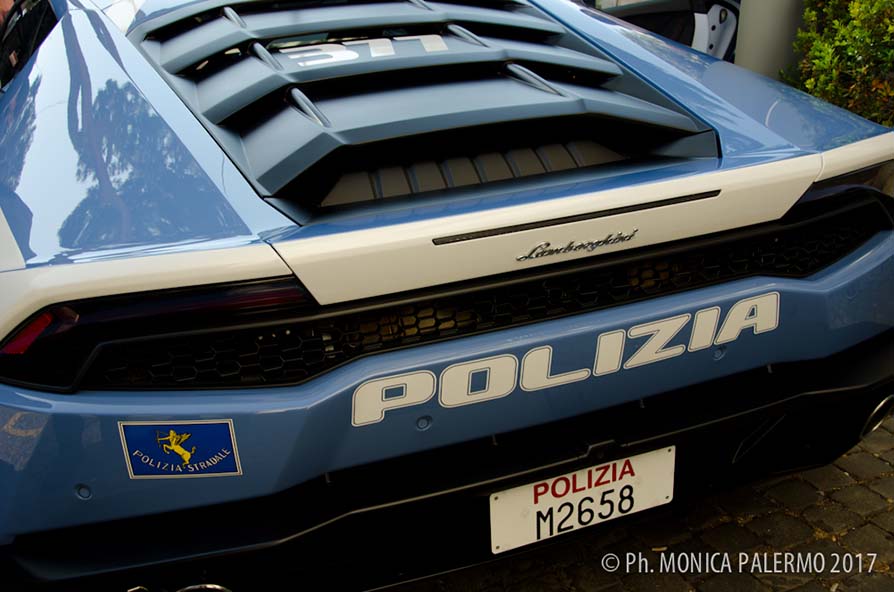 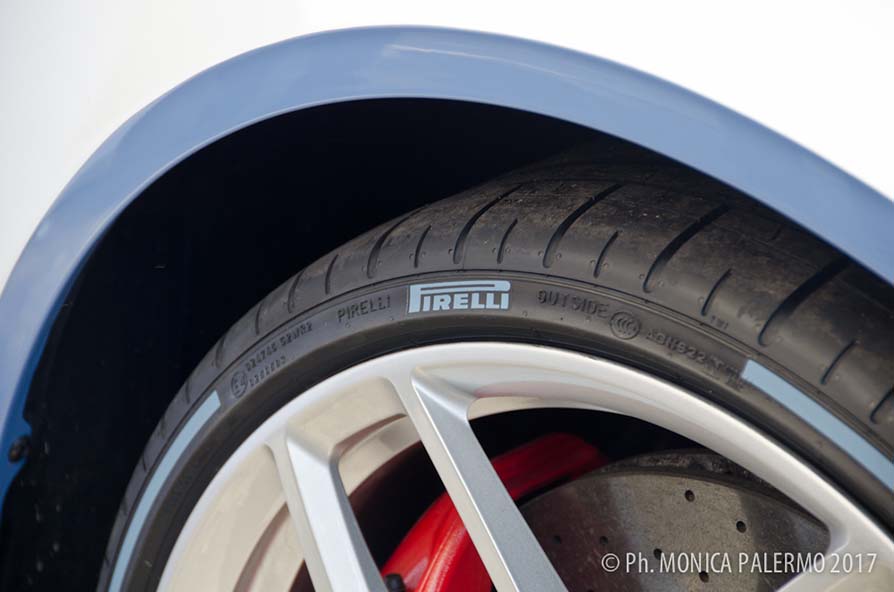