Delivery of the Mitsubishi Eclipse Cross vehicle to the Carabinieri 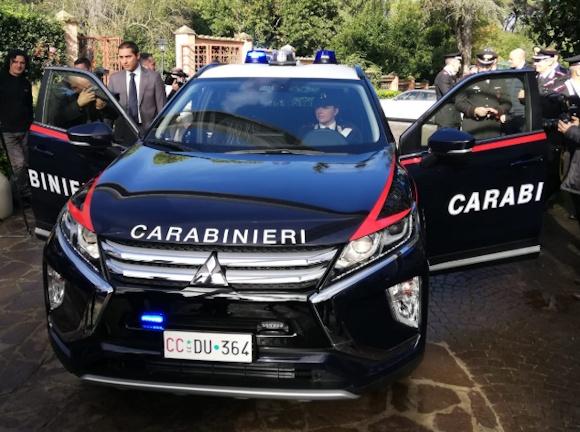 In the morning inside the park of the General Command of the Carabinieri, the Mitsubishi Eclipse Cross was presented with an institutional livery that will officially enter the Arma's vehicle fleet.

The vehicle is a SUV with 1.5 turbo petrol engine from 163 cv, all-wheel drive, able to operate on slippery and snow-covered surfaces. It will be granted on loan for free use in two copies, which will initially be assigned to the Provincial Command of Rome and Milan, where they will be used in the hill areas of Castelli Romani and Alta Brianza, for the control of the territory and for special interventions, such as the transport of organs and blood also outside the inhabited centers.

The installation of this special version of the Eclipse Cross includes, among other things, LED light indicators, which offer operators maximum visibility, long mechanical locking device, an illuminated writing desk in the rear parcel shelf and predispositions for communication and for the ODINO operational data exchange system.

Before the presentation, the top management of Mitsubishi Motors Italia spa were received by the general commander of the Army, Giovanni Nistri.