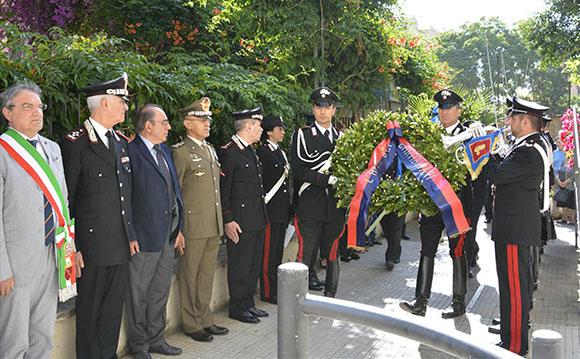 The captain was recalled this morning in Rome, in the presence of the army chief of staff, army corps general Danilo Errico and the commander general of the Arma dei Carabinieri, general of army corps Tullio Del Sette. of the carabinieri Mario D'Aleo, on the occasion of the 33 anniversary of the disappearance.

In via lmera, in the capital, where captain D'Aleo, killed in a Mafia ambush in Monreale (PA) on 13 June 1983, was born and lived with his family before enlisting, a laurel wreath was placed in front of the plaque that he remembers the sacrifice in the presence of his brother Fausto and of numerous relatives and acquaintances and of the representatives of the other Police Forces.