Center of Excellence for the Stability Police Units of the Arma: OSCE 22-26 exercise on January 2018 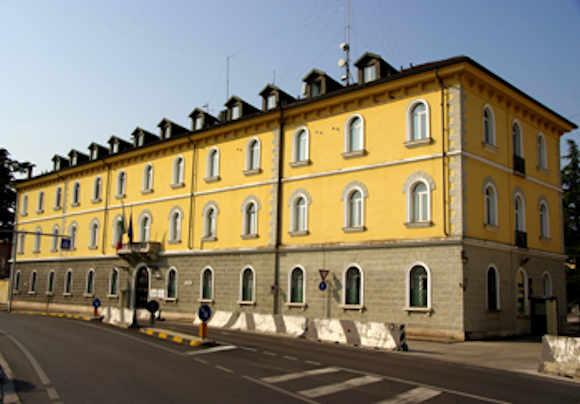 In recent years, OSCE countries are witnessing large movements of human beings fleeing from ongoing conflicts, persecution, instability and lack of economic opportunities. The people who make up these migratory flows are exposed, in a condition of high vulnerability, in the face of unscrupulous criminal organizations specialized in exploitation and trafficking in human beings. According to the United Nations High Commissioner for Refugees (UNHCR), more than a million and a half people have arrived in Europe between the 2015 and the 2017 and among them, according to EUROPOL data, more than 10.000 children have disappeared ; it is believed that many of them have been victims of trafficking.

The project of the Organization for Security and Cooperation in Europe (OSCE) called "Combating Human Trafficking along Migration Routes" aims to improve the ability of participating States to identify quickly the potential victims of trafficking in order to be able, on the one hand, to assist them in the best way, guaranteeing respect for their fundamental rights, and, on the other hand, to effectively pursue human traffickers.

The approach followed in the project is that based on simulation learning. In this context, professionals engaged in any capacity in the management of migrants, belonging to both the public and private sectors (as in the case of NGOs), are called to practice in simulated scenarios where they have to solve, in real time, problems elaborated on the basis of realistic situations, developed by experts of the Carabinieri, the State Police, the Guardia di Finanza and the OSCE, who have recreated cases of exploitation of labor and induction of young migrant women, even minor, to prostitution.

As part of this project, three exercises were carried out between the 2016 and 2017 in Vicenza at the Center of Excellence for the Stability Police Units (CoESPU) of the Carabinieri. The fourth and final session will be held at the CoESPU in Vicenza, during the week from 22 to 26 January 2018. The subjects to be exercised, 58 in all, have been identified, as in previous simulations, among the members of social services, the judiciary, law enforcement agencies and NGOs. While in the three previous sessions the exercisers came from different Central European countries, in the latter session the defendants will be exclusively of Italian nationality.

The Arma dei Carabinieri, OSCE partner in the project, can proudly affirm that it has consistently and decisively contributed to the realization of the initiative, launched the 16 June of 2016 by the President of the Chamber on. Laura Boldrini during her visit to the CoESPU. In fact, in addition to offering substantial logistical and technical support to the activities, Arma has made a valuable and irreplaceable contribution to the drafting and conduct of the simulated scenarios, employing in these qualified activities experts from their specialized components (such as ROS) in possession of know-how specific and highly qualified, and has also allowed the exercises to be carried out using the modern structures of the CoESPU of Vicenza. Said Center, in fact, due to its nature as a training and doctrinal center of international importance in the field of the police of stability, can count on the presence of highly experienced staff in the realization and management of exercises, and also has dedicated facilities, such as the hall named "MaGISTrA", specially designed and realized for conducting training activities based on simulated scenarios. All the above mentioned skills and structural capacities have been addressed in order to provide the maximum contribution and support to the OSCE project and thus allow to achieve the best achievement of the objectives set.

During the night, the carabinieri of the ROS and of the Provincial Command of Milan carried out an Ordinance of ...
1129
Read