One hundred years in the Holy Land 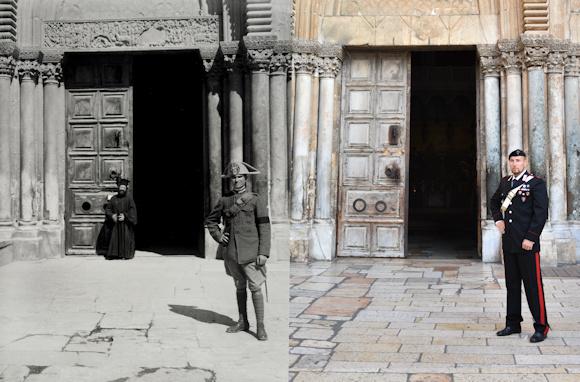 The campaign uniform from the First World War. In place of the boots, the "clothespin bands" and, on the head, the gray-green lamp. Of these carabinieri posing in front of the door of the Holy Sepulcher of Jerusalem the name is unknown, personal history is not known, but the proud look and accomplished enterprise, yes.

Exactly one hundred years have passed since then, it was the 12 December of the 1917 and these soldiers and their colleagues, 150 in total, had just arrived in the Holy Land. They were part of the Italian expeditionary body that was to support the English one for military and police tasks and thus to oppose the Ottoman army. The target? Give stability to the area north of the Dead Sea.

The detachment of the Carabinieri of Palestine faced a long and difficult journey to get to Jerusalem. The landing at Tobruk, on the Libyan coast, the logistic transfer to Gaza and from there, on foot, the last stretch of road that led them to enter the Holy City between the 11 and 12 1917 December. Vigilance to sensitive objectives, aqueducts, railway structures, sacred places like, in fact, the Holy Sepulcher were just some of their tasks. The presence of the Praise in the West Bank it continued to the 1921.

The activity of the Arma in these lands has resumed in recent years: here they are in the photos of the Carabinieri of the third millennium in front of the Holy Sepulcher to pay tribute to those who preceded them.

Sympathetically in the same poses of the time, as a testimony of the passing time and of the renewed Arma. In these shots of the 2017 there is the same pride, the same proud look. Values ​​summarized in a snapshot / photomontage in which an 1917 soldier is portrayed together with the 2017 colleagues. An ideal synthesis of the values ​​of a time that remain unchanged for the Arma.
But among all the shots there is one different from those of 1917. Five carabinieri, three men and two women: soldiers from the territorial departments and the Second Mobile Brigade. Their gaze is turned to the future.

At the threshold of the 2018 are two missions active in these areas: the Miadit, based in Jericho, and the TIPH, which operates in Hebron.
The Miadit Mission (Italian Training Mission) has the task of training Palestinian security forces to learn how to manage and prevent terrorist drifts of criminal groups.

The TIPH (Temporary international presence in Hebron) is a mission the UN wants the Italian carabinieri together with representatives of other nations to promote dialogue between Palestinians and Israelis who live together in the difficult reality of Hebron. 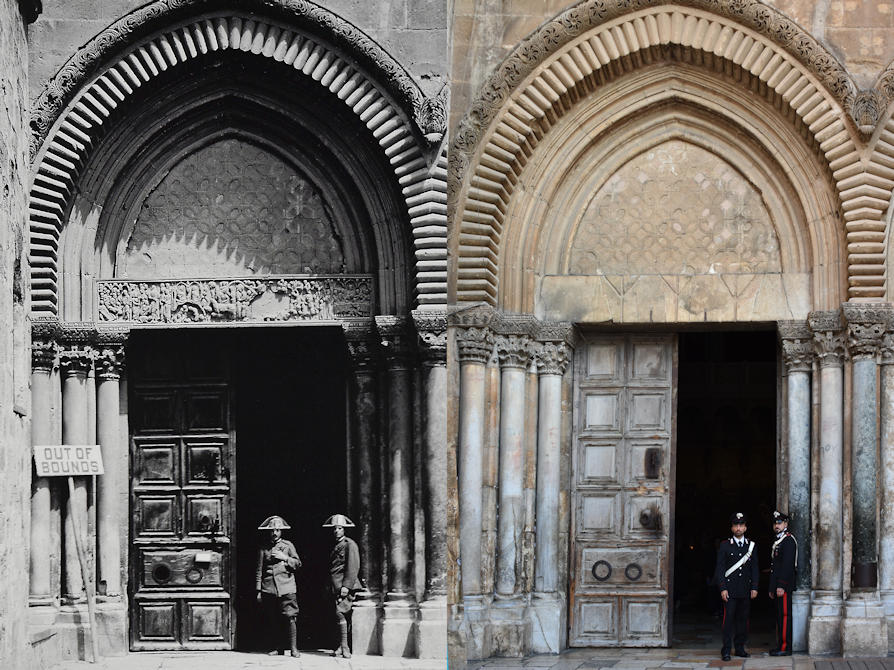