Carabinieri: inaugurated the academic year of the Official School 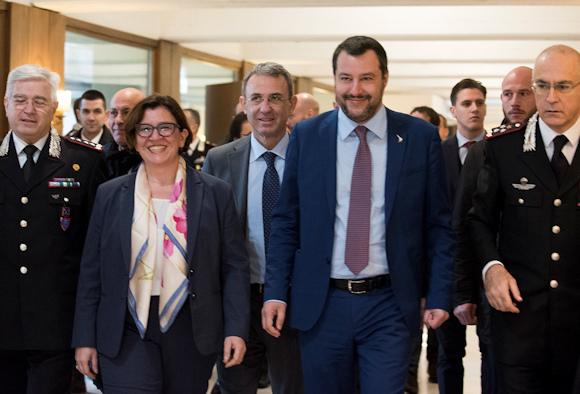 Yesterday morning, at the Great Hall of the Officers Carabinieri School of Rome, in the presence of the president of the council of ministers Giuseppe Conte, of the ministers of the Interior Matteo Salvini, of the Defense Elisabetta Trenta and of the environment Sergio Costa took place the inauguration ceremony of the Academic Year 2018 - 2019.

Among the many personalities present, parliamentary, governmental and diplomatic authorities, the general secretary of the Constitutional Court, representatives of the magistrates, the heads of the armed forces, the police forces of the information and security agencies, the president of the group Gold medals to the VM, the presidents of theNational Carabinieri Association and National Forestry Association on leave and exponents of the representative bodies of the weapon.

The ceremony was opened by the commander of the School, general of division Riccardo Galletta, who addressed his greetings to those present, illustrating the educational activities carried out by the Institute. 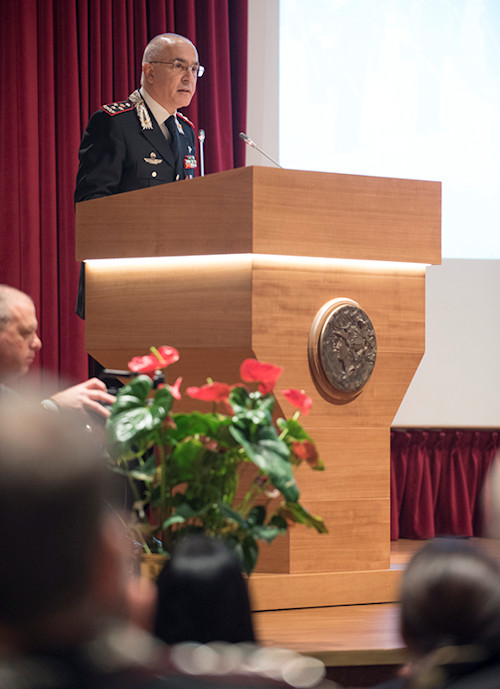 He then took the floor of the general commander Giovanni Nistri, who addressed the officers who attended the courses. He reiterated the centrality of the person in terms of responsibility, conscience and consistency.

The responsibility of the role, which calls to guarantee the free use of rights, ensuring respect for the dignity of all people, especially those in conditions of fragility and subject to the custody of the weapon, to ensure that legality is always established in a way clear, as the Constitution requires.

The conscience of the coated authority requires to constantly improve oneself, so that the employees feed and increase their knowledge, supporting their motivations through attentive listening and balanced judgment. Thus one can deserve the consideration of men and women who are put back to their own responsibility.

Finally he spoke of the consistency of behavior, of how authority is born of credibility, of the testimony of the principles proper to the military condition and of law enforcement in daily behavior.

General Nistri has therefore drawn a concise picture of the activities and results obtained last year. The Arma, the only police garrison for 48% of the population living in centers with fewer than 50.000 inhabitants, has prosecuted the 73% of the crimes reported in the country and has operated in 63% of cases discovered in Italy. Over 4 millions of patrols, 11.000 every day, guaranteed 24 hours prevention and emergency response on 24. In the investigative sector, 783 persons were arrested for dangerous Mafia and 7 associations. Goods for over 1 billion have been seized and confiscated.

The commander stressed the risk inherent in this constant commitment and the thought went to the 7 carabinieri who died in service and the 1583 injured in the 2018.

A daily courage, often made of simple gestures of solidarity, as the President of the Republic remarked in his speech at the end of the year, recalling one of the many episodes of closeness to the population of the Arma. 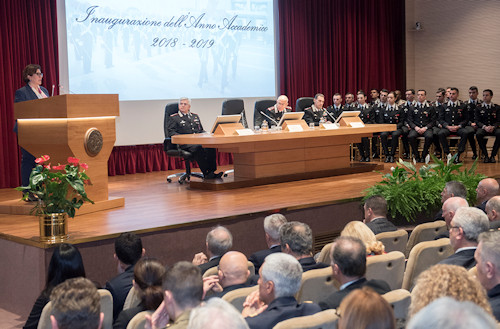 A commitment that goes beyond national borders with international peace missions, which see over 1.000 carabinieri in the various theaters. The Carabinieri model it is a solid point of reference for the international community, a role played also in the specialty sectors. The Carabinieri Command for the Protection of Cultural Heritage, at 50 years since the constitution, provides Unesco i blue helmets of culture, providing for the training of many foreign police, and the Environmental and Agri-food Forestry Unit Command, two years after its establishment, has developed the ability to projection abroad of forest departments.

General Nistri then called for solutions to allow the lowering of the maximum age of first enrollment and a legislative provision outlining how to exercise the right to trade union associations.

In conclusion, the general commander turned once again to the student officers, to whom he reminded that being part of the Arma is an existential choice.

The Minister of Defense, Elisabetta Trenta, took the floor and thanked the Carabinieri "Because every day they risk their lives to defend freedom" working with passion, love, courage and honesty. At the end he declared the 2018-2019 academic year open. 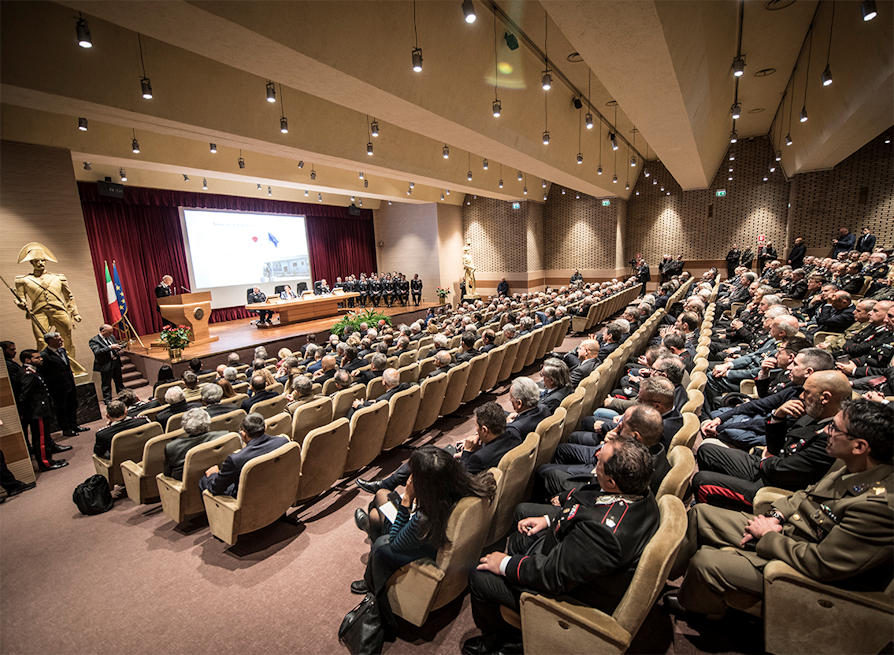