Carabinieri to defend the euro 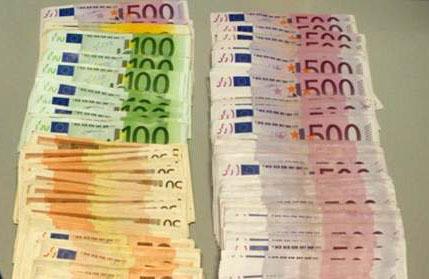 Also for the current year, from 31 March to 4 April 2014, in Rome in the “V.Brig. Except for the purchase of MOVM ”, the headquarters of the“ Palidoro ”Carabinieri Mobile Specialized Unit, the 2014 edition of the“ Staff exchange on investigative techniques against money counterfeiting ”.

The "exchange of officials for police officers specialized in the fight against monetary counterfeiting" was organized by the Anti-Counterfeiting Anti-Counterfeiting Police Command in favor of representatives of the Police and National Central Banks of Algeria, Tunisia, Morocco, Senegal, Nigeria, Ghana and Ivory Coast.

The operational experience of the Weapon in the delicate sector has allowed, in fact, to highlight in recent times an ever greater involvement of immigrants, especially Africans, in spending counterfeit euros, to meet the needs of everyday life. The same, then, on the occasion of returning home sometimes invest part of their savings in the purchase of a false counterfeit currency that they almost always manage to place in their countries, considering that the Euro is a very valuable currency and little known by the financial and police operators of states located outside the euro area.

The event was attended by representatives of European institutions and other competent Italian and international organizations in the sector, such as the European Office for the Fight against Fraud (OLAF) of the European Commission, Europol, Interpol, the Bank of Italy and the State Mint.

The initiative, funded by the European Office for the Fight against Fraud of the European Commission, under the "PERICLES" Program for the protection of the Euro, falls within a context of community awareness-raising activities aimed at police officers of third countries, whose training is entrusted - by the European institutions - also to the Carabinieri, by virtue of the excellent operating results obtained in the fight against the falsification of the circulating currency during the twenty years of experience in the sector.

The Carabinieri Anti-counterfeiting Monetary Command was founded in 1992 and since then has been conducting investigations into crime against false numbers, particularly active in Italy and becoming an even more dangerous threat following the introduction of the Euro and the consequent enlargement of the false currency market to new countries, some of which are candidates or aspire to join the EU and adopt the euro. In this capacity, therefore, as the National Competent Authority for the Carabinieri Corps for the identification and seizure of the false Euro currency (pursuant to the 1338 / 2001 Regulation of the EU Council) the Carabinieri Anti-Counterfeiting Monetary Command organizes with success, from many years - on behalf of the European Commission - initiatives for the protection of the Euro and to increase international cooperation in the specific sector, proving safe and appreciated reference for the homologous police organizations of the member countries of the European Union and third countries.

During the night, the carabinieri of the ROS and of the Provincial Command of Milan carried out an Ordinance of ...
1176
Read