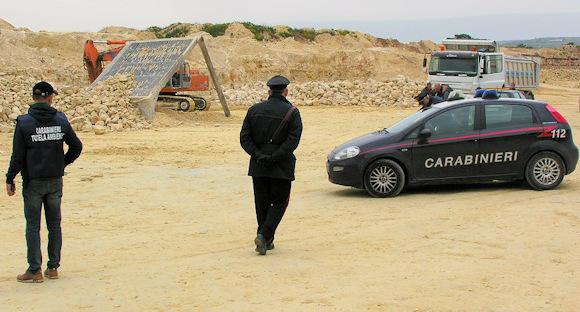 At the conclusion of a targeted inspection activity in the mining sector, planned at national level by Carabinieri Environmental Protection Command, the carabinieri of the NOE of Catania, assisted by staff of the 12 ° Elinucleo Carabinieri Elicotteristi and from the military of the Comiso station, they carried out access inside a vast area located in the countryside of Comiso (RG), where mining, screening and transport of calcareous material (calcarenite) was found and interrupted, probably destined to feed the concrete cycle and building activities in Sicily.

The quarry, located in an area subjected to archaeological constraint affixed by the Sicilian region - department of cultural heritage, according to initial estimates was found to have an extension of well 90.000,00 sqm. and deep, in some places, over 20 m. compared to the original plan.

During the inspection operations, some trucks were checked and blocked, a crawler excavator equipped with a pneumatic hammer, a quarry wheel loader, intent on carrying out extraction operations which, from documentary checks, were conducted in a totally abusive manner, in the absence of any authorization in the matter.

The vehicles, a screening grid as well as a quantity of hundreds of thousands of cubic meters of material previously extracted (not better estimated), ready for marketing, with a total value of over 1 million, were subjected to seizure. The provision was validated by the Judge of the Court of Ragusa on a parallel request by the magistrate holding the investigation file.

The damage to the environmental heritage, due to the large quantity of material extracted and the irreversible compromise of the soil matrix, is not calculable.

Those responsible for the abusive mining activities of a local company have been reported to the Judicial Authority for aggravated environmental pollution, execution of works on property with landscape restrictions without the required authorization, as well as disfigurement and destruction of natural beauty. 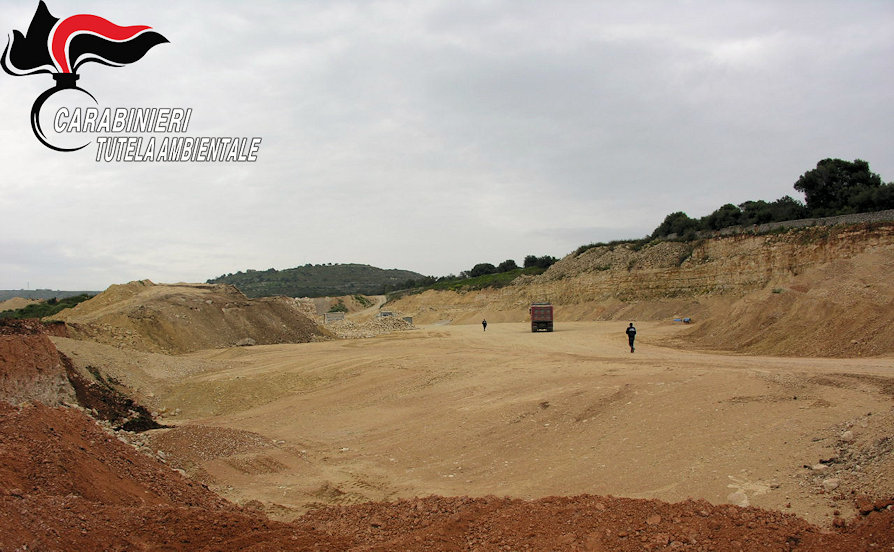