Carabinieri: training course for the Rwanda police for the protection of environmental and forest heritage 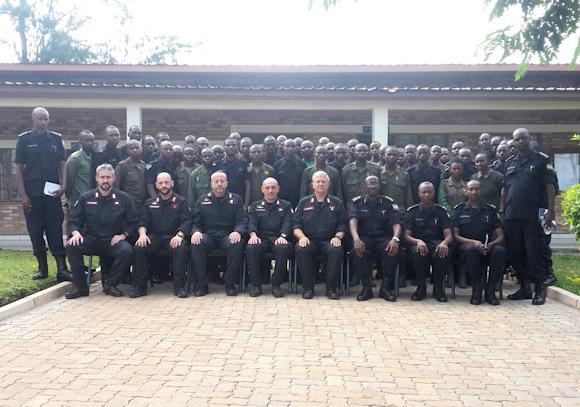 The Arma dei Carabinieri has started yesterday in Rwanda, as part of a cooperation with the National Police of that country, the first "Rangers" course. A training package of the total duration of 4 / 5 weeks, which includes a general module, aimed at training police officers with high capacity for movement and control of the territory in areas inaccessible or characterized by the presence of hostile elements, followed by instructors of the 2 ^ mobile carabinieri brigade and by specialized modules aimed at providing specific skills in the prevention and in the fight against "environmental damage", conducted by personnel of the Unit Command for the Forestry, Environmental and Agri-food Protection.

Over the past few decades, the international community has increasingly focused on the study of human-induced climate change. Among the main causes of the phenomenon the deforestation caused by the illegal trade in wood has taken on particular importance. In this sector the Weapon, the largest environmental police in Europe, with its own know how can provide an important training contribution to all the police in the countries most exposed to the phenomenon.

Today's collaboration, aimed at about 50 Rwandan policemen and conducted by 5 instructors of the Arma, comes from the technical cooperation agreement in the field of training between the Carabinieri and the Rwandan national police signed the 12 January in Rome from commander general Tullio del Sette and the inspector general Emmanuel K.Gasana, the first undersigned in the field of Defense and Security between Italy and Rwanda.