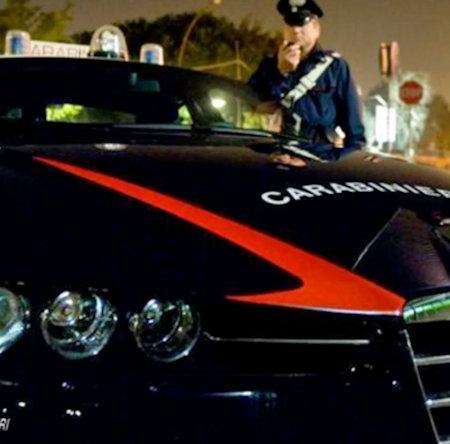 At yesterday's 13, the carabinieri of the investigative unit of the provincial command and of the ROS - Anti-crime section of Bari arrested Nasiri Hakim, one of the Afghans accused of international terrorism, already subjected to detention, with the same accusation, in May of the 2016.

The blitz was triggered at lunch time in an apartment on the ground floor of the Carrassi district in the city center, where, following a lightning investigation, the man had been located. The wanted person, who did not resist, was found in the company of four other compatriots, asylum seekers and in possession of a temporary residence permit, currently considered extraneous to the disputed facts.

The arrest puts an end to a hiding of a few hours, after, yesterday, the Supreme Court of Cassation had ruled against the appeal presented by the Afghan lawyer against the order of precautionary custody that had been issued by the Court of the Review of the Apulian capital last July.

Today's arrest refers to the facts disputed in the detention order issued by the Bari DDA, precisely in May 2016, against as many subjects of Afghan nationality, held responsible for association with the purpose of terrorism, including international or subversion of the democratic order and aiding and abetting illegal immigration.

The provision arose from an investigation launched by the investigative team and the ROS on 16 December 2015, when a patrol of the company of Bari S. Paolo, during a normal preventive service, had noticed and checked 4 Afghans (2 of which with permission to stay, the others in the position of asylum seekers and domiciled at the CARA of the Apulian capital), while they were intent on filming in an important and renowned shopping center in the area.

The investigative activity carried out by the aforementioned departments had made it possible to ascertain how one of the two regulars, an Afghan 30enne, maintained stable telematic connections with a well-known Taliban site, downloading videos and proclamations praising the Jihad and photographs depicting a well-known Taliban charismatic leader, killed during an American aviation raid, the 13 October 2015, while like the other, an Afghan 28enne, had performed both the footage shot in the aforementioned shopping mall, and the resumption of the area boarding, accessible only following check-in, of the airport of Bari - Palese. Both returned by plane, home, the 18 December 2016. Moreover, on the account of Nasiri Hakim, the availability in Great Britain of an assault weapon (type M16) had been documented.

The last two fugitives, returned to their country of origin, are the object of an international arrest order promoted by the Bari judiciary and are actively sought after.

The use of social media in order to direct, condition and influence a target subject presupposes that ...
1850
Read

WhatsApp has depopulated among citizens of the whole world but not everyone has deepened the legal aspects ...
1489
Read