Campaign for donations, "Defend your country. From value to life " 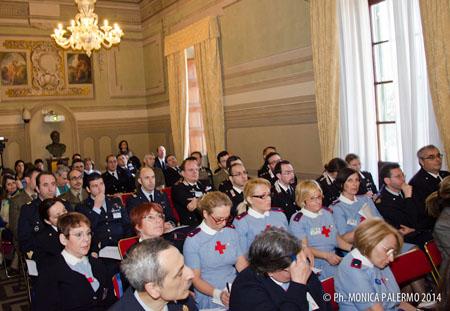 Once again the Armed Forces show sensitivity and attention to the needs of citizens in a delicate segment such as healthcare and in particular the awareness campaign for organ donation.

In recent days, the 3 ° training seminar for defense personnel "Organ transplants and the culture of donation" was held at the Celio Polyclinic of the Celio.

Defending and knowing how to defend is the prerogative of our military. Defending the country and the human rights of the international community, make a significant contribution to the lives of others and, in particular, to those who suffer and need their help. It is thanks to the generous dedication with which the Italian Armed Forces are doing their utmost, wherever their intervention is required, that the project goes ahead.

Doctors and experts of the AIDO association (Italian Association of Organ Donors) presented the initiative to the military health personnel of the carabinieri, the navy, the army, the air force and the volunteer nurses of the Italian Red Cross, who will have the task of promoting among the military and their families the "culture" of donation for organ, tissue and cell transplantation. 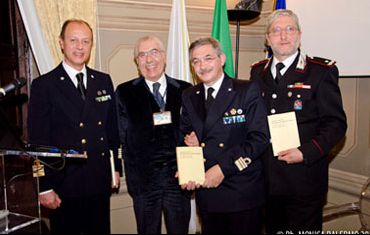 The study day, moderated by Brigadier General Carabinieri doctor Luca Semeraro, was presented by the CF (SAN) Filippo La Rosa, of the General Inspectorate of Military Health, who reiterated that "the essence of the military is the service, and it is this is why the culture of donations has taken root in an emblematic way ”.

The testimony of dr. Giampiero Maccioni, officer on leave of the Italian Army of the Folgore Division and president of the UNUCI (National Union of Leave Officials of Italy) section of Iglesias. The dott. Maccioni is a "transplanted" of heart from well 17 years, and thanks to a donation has had the opportunity to "be reborn" and was the coiner of the campaign "Defend the Fatherland. Give value to life ".

"With the availability of AIDO and the will of the Armed Forces who will be spokesmen for testimonies and will be a strong vehicle of awareness", Dr. Daniela Sorani, of the National Transplant Center in Rome, hopes that the number of donors will reach the number of bodies required.

To join the initiative and become a donor, fill in the form on Donor card

During the night, the carabinieri of the ROS and of the Provincial Command of Milan carried out an Ordinance of ...
1176
Read