Home News armed forces Safety "Football with rigor" on the fields of ...

"Football with rigor" on the fields of the State Police 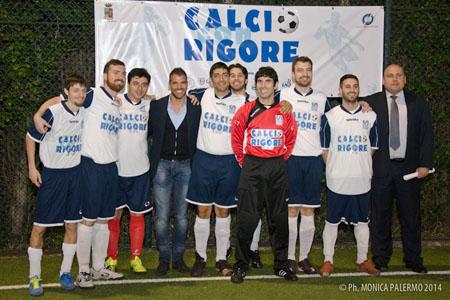 The second edition of the football tournament 5 "Calcio a rigor", started yesterday with a draw, on the fields of the sports center of the Tor di Quinto State Police.

Drs intervened to explain the objective of the tournament. Roberto Sgalla, director of the High School of Police, dr. Roberto Massucci of the National Observatory for Sports Events, and former midfielder footballer Simone Perrotta. The tournament avails itself of the patronage and contribution of CONI, FIGC, Serie A football leagues, B, Pro and Amateurs and of the Italian Association of Referees.

Four teams will be met, made up of State Police commissioners and training course goers, and four teams composed of young people from different cultural, social and territorial backgrounds.

Also this year, the journalist Rai Marco Mazzocchi was the host.

The kick-off was world champion 2006 Simone Perrotta, who emphasized before the game that football "is a game where values ​​such as friendship, accepting defeats and the rules in light must prevail of a healthy life ".

The start of the first race was called by former referee Carlo Longhi.

The main objective of the competition will be to give strength, respecting the rules and legality, to the great values ​​of sport, enhancing its spirit of participation and aggregation.

The tournament final will be played on June 19 at the Tor di Quinto sports center.

During the night, the carabinieri of the ROS and of the Provincial Command of Milan carried out an Ordinance of ...
1120
Read