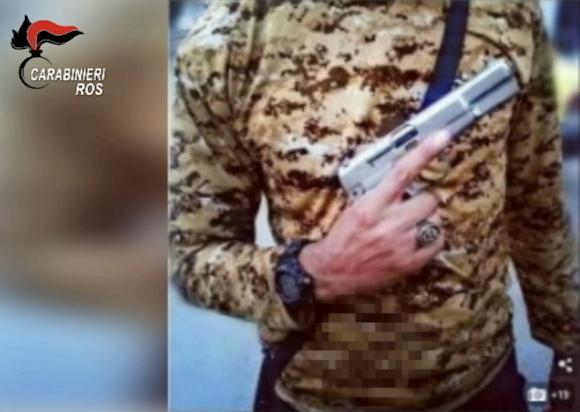 During the night, the carabinieri of the ROS and of the Provincial Command of Milan carried out an order for precautionary custody in prison, issued by the investigating judge of the Ordinary Court of Milan at the request of the local Public Prosecutor's Office, against a thirty-year-old Italian, investigated for "Incitement to commit crime aggravated by the use of the electronic medium".

The investigative activity, developed over a significant period of time, has made it possible to document the assiduous conduct put in place by the suspect, who, fully adhering to the extremist ideology of the Salafist matrix, committed himself to spreading the creed advocated by the self-proclaimed Islamic State, exalting its deeds in an apologetic key and instigating its interlocutors to join the global jihad against unbelievers. To confirm what is now consolidated, the suspect, to carry out his criminal design, used the internet, the most effective tool to target the most influential sections of the world population, using social media (among others, Facebook and the "Sound Cloud" platform) to share images and audio / video documents that enhance the violent actions of the "Daesh".

The disputed facts, committed in Milan since November 2015 and still in progress, are aggravated by the purposes of international terrorism and by the use of the IT and telematic tool.

The dangerousness of the suspect was confirmed by the relational circuit - both national and international - particularly qualified, made up of a network of people dedicated to systematic propaganda in favor of the Islamic State and the exaltation of Jihad by sharing posts and comments on Social .

A free screening promoted by ONA and Osservatorio victims of duty which, in light of the aims of the statute, ...
89
Read

WhatsApp has depopulated among citizens of the whole world but not everyone has deepened the legal aspects ...
1436
Read

The financiers of the Guardia di Finanza of La Spezia, the ROS Carabinieri, the officials of the local Customs Office, ...
358
Read