"Anatomy of crime in Italy" 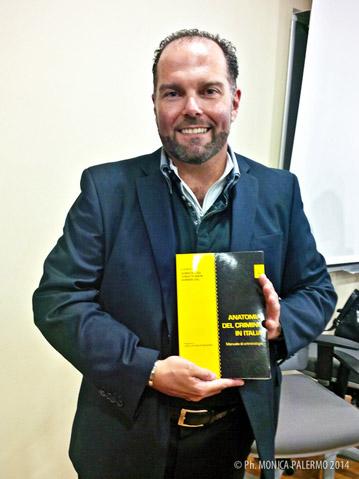 The role of the criminologist, crimes and criminals, stalking and femicide, are some of the topics covered during the presentation of the volume Anatomy of crime in Italy (Giuffrè publisher), edited by the criminologist Ruben De Luca, and by psychologists Concetta Macrì and Barbara Zoli .

The professor. Roberto Mugavero, president of OSDIFE introduced the workshop, which was followed by the presentation of the volume by the authors. Following were the word dr. Carlo Sabatini, magistrate of the court of Rome, the lawyer Fabio Viglione, criminal lawyer of the Rome forum. The speeches were moderated by the journalist Grazia Graziadei, sent by TG1.

Great participation of the public present, made up of representatives of the police, psychologists, psychiatrists, journalists and writers, operators in the social and educational sphere, and enthusiasts of the subject. And it is to them that the book is addressed: to scholars in the sector or to mere enthusiasts, just as it can benefit those who are victims of stalking, those who are under the control of others and manipulation, particularly women, to whom a section is dedicated, which explains to them how to recognize those who try to manipulate or exploit them.

As Ruben De Luca explained, most of the times the cruelty of a crime derives from anger, a repressed hatred and from wanting to exercise power and control through violence and, hardly, those who have within themselves this craving for control will succeed in modifying his nature.

In the first part of the book, the authors retrace the evolution of criminology analyzing all the tools that can help the modern criminologist to perform his work better: analysis of the DNA and the "crime scene", the criminological interview, the expertise and the problem of the imputability, the analysis of the personality through the psychological profile, the graphology etc.

The second part of the volume allows the common reader, the student and the scholar, to anyone interested for personal or professional reasons to understand the composition and the functioning of the criminal universe in Italy, which are the crimes that are perceived to be of greater "danger" social ", the similarities and differences with crime in Europe and in the rest of the world.

The third part is dedicated to some types of crime of international relevance: serial killers, mass murders and massacres in schools, suicide terrorism.

The manual is therefore presented as a complete and innovative tool, attentive to the problems of the 21st century, an obligatory point of reference for anyone who wants to know criminology today and the challenges open for the future of this discipline.