Home News armed forces Safety The guide pretends to be a friar without driving ... 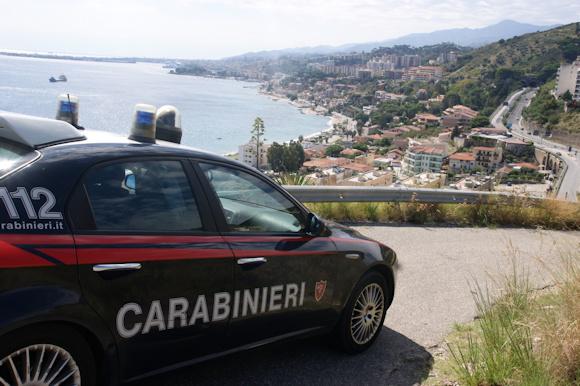 The Carabinieri of the Messina Radiomobile Nucleus have reported two 20-year-old homozygous twins from Messina, Antonio and Alberto, to the Messina Public Prosecutor's Office, the names are fictitious, held responsible for competition in substitution of person and false declaration or declaration to a public official on the identity or personal qualities of their own or others, since, exploiting their similarity, they tried to mislead the carabinieri. In particular Antonio, without a driving license because never obtained, during a road traffic check he pretended to be the twin who instead has it while Alberto, later, confirmed to the military that he was driving the vehicle on the occasion of the control of the carabinieri.

The story began a few days ago when the carabinieri of the Messina Radiomobile Unit stopped a car for normal checks. The driver claimed he did not have a driver's license and identity documents and declared he was Alberto, explaining to the military, intrigued by the tattoo he had on his arm where the name "Antonio" was written, that he had tattooed himself the name of his twin brother to whom he was very attached.

The patrol carabinieri proceeded to dispute the infringement of the highway code inviting him to present himself at the command offices to present his driving license. A few days later, Alberto presented himself at the offices of the Radiomobile Unit to show the driver's license forgotten on the evening of the check but this time, tattooed on his arm, there was no longer the name "Antonio" but his, "Alberto ". Sensing that Antonio and not Alberto could drive the car on the evening of the check, the carabinieri investigated further, verifying that Alberto had a twin by the name of Antonio who had never obtained any driving license. The Radiomobile Core soldiers then tracked down and subjected Antonio to the photo-signaling surveys in order to detect every element of difference with the homozygous twin Alberto and document their tattoos. At the end of the investigations, the carabinieri confirmed that on the evening of the inspection, driving the car, there was Antonio. These, in fact, on his arm had a tattoo with the name of his brother "Alberto" which was still legible despite, perhaps fearing that this tattoo could have unmasked him, he had tried to cover it with another larger one which however still left a glimpse in the background the previous one.

For having tried to avoid the violation due to driving without a license because never achieved, which provides for an administrative sanction from 3.577 to 5.110 euros and the consequent administrative detention of the vehicle for 3 months, the twins are now being investigated for the serious cases of substitution crime in person and false attestation or declaration to a public official on the identity or personal qualities of himself or of others. Furthermore, investigations are underway to verify whether in other circumstances a similar exchange of person between the twins may have occurred.