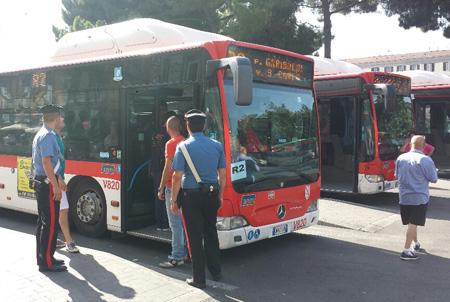 The police of the provincial command of Naples, following investigative activity, identified the young people involved in the affair reported by Perna Giuseppe, driver of the Naples Mobility Company (ANM), in service last 06 October on the C12 line, when he reported injuries judged curable in days 30 sc.

The position of the three boys, two of them adults, students of a high school in the Chiaia district, is being examined by the ordinary prosecutor's office and by the juvenile prosecutors of Naples.

The hypothetical cases are those of competition in violence and threat to a public service officer, aggravated injuries and injury.

During the investigations by the transport company anm has been acquired the reproduction of images taken from the video surveillance system installed on the bus, to examine the aforementioned judicial authorities, to reconstruct the exact dynamics of the event.