40 ° anniversary of the GIS 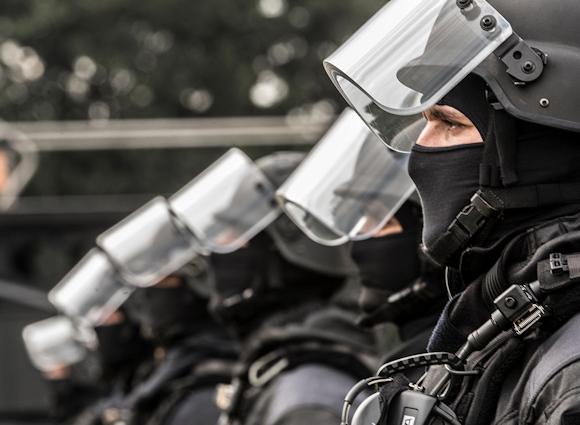 In the morning, in Rome, in the presence of the Ministers of Defense, Elisabetta Trenta and the Interior Matteo Salvini, the Chief of Staff of the Defense Claudio Graziano and the commanding general of the Arma Giovanni Nistri, was held the ceremony for the 40 ° anniversary of the Special Intervention Group (GIS), in which representatives of the National and Foreign Special Forces took part, testifying to the professional consideration that the department has been able to conquer in the field over many years of activity.

The commander general, during his speech, underlined how the GIS operates driven by the desire to serve. "Men of duty who put their rights in the background behind those of citizens". Not super men, but of conscious men.

Returning to the GIS motto "in the virtue of the individual, the group draws strength - In Singuli virtute aciei vis - the Arma every day must be remembered - concluded General Nistri - that it is in virtue of the 110.000 men that make up our institution that we have drawn, that we draw and that we will always draw the strength to continue to serve the institutions. In the virtue of 110.000 men, who are many but many more than the few who can forget the path of virtue".

Minister Salvini, in his brief speech, thanked the operators and all their family members and recalled that his duty as minister is to give to the weapon not only men and means but "respect. The sense of honor and the sense of respect". I will never admit - He continued - that the eventual mistake of one allows to tarnish the sacrifice and the commitment of hundreds of thousands of boys and girls in uniform". He concluded by thanking the GIS men for putting their loyalty to the country before their own and family interests. 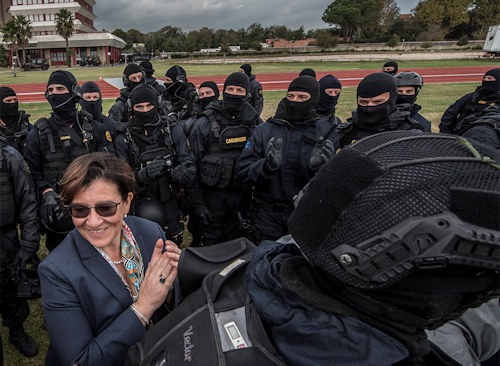 Finally, the Minister of Defense took the floor. After addressing a "special greeting to the commander of GIS and his men", To which he expressed"the deepest appreciation for the professionalism, the sense of duty, the courage and exemplarity with which they perform their delicate tasks". He then greeted the operators of the GIS no longer in service and briefly reviewed the history of GIS: from its birth, 6 February 1978, in full terrorism, by idea, impulse and directive of the then Minister of the Interior Francesco Cossiga, at the "operational baptism" in December 1980, on the occasion of the revolt of prisoners in the prison of Trani, the numerous and most recent successes in the capture of fugitives and kidnappers, as well as in the neutralization of dangerous terrorists. Be aware of representing on the national and international scene a force of the highest specialization of which Italy is proud.

Minister Trenta emphasized "the Government's attention to the whole Carabinieri Weapon, which has always been and is close to the citizen and every single carabiniere has always been and is a reference point for honest citizens, an example in terms of rectitude and integrity ... but where ascertaining that these values ​​have been negated, we must act and ascertain the truth by isolating those responsible for the purpose of restoring the feeling of trust towards the citizens towards the Arma of the Carabinieri and the Institutions".

The minister concluded "renewing the most heartfelt appreciation to GIS and to the whole Arma dei Carabinieri for its activity". 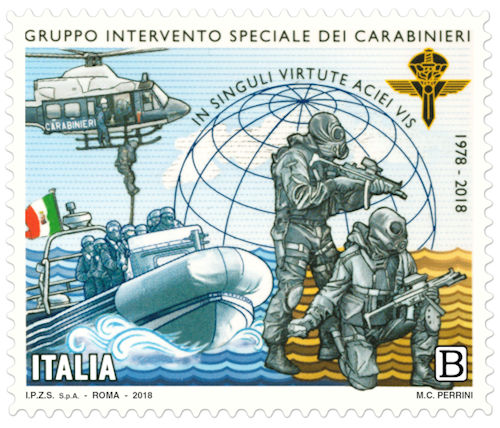 During the ceremony, a solemn commencement was given to the Department, as the first attestation of merit, and a certificate to the last operator still effective to the Department, which was among the founding members. It ended with a spectacular exercise in the liberation of hostages from a building, in which the carabinieri parachutists of the 1 "Tuscania" regiment also took part, as well as the First Intervention rates (API) and alle Support Operating Teams (SOS) and assets of the Mobile, helicopters, investigative, specialized and territorial organizations of the Armory.

Afterwards, at the end of the ceremony, the authorities moved within the Representation Salons of the Mobile and Specialized Unit Command where, in the presence of the CEO and general manager of Poste Italiane Matteo Del Fante and the manager Corporate Affairs Giuseppe Lasco has been presented a stamp dedicated to the 40 years of GIS. The stamp, which is part of the thematic series "the civic sense", is a tribute and a sign of gratitude towards a highly specialized military department that performs an extraordinarily precious job at the service of the community. 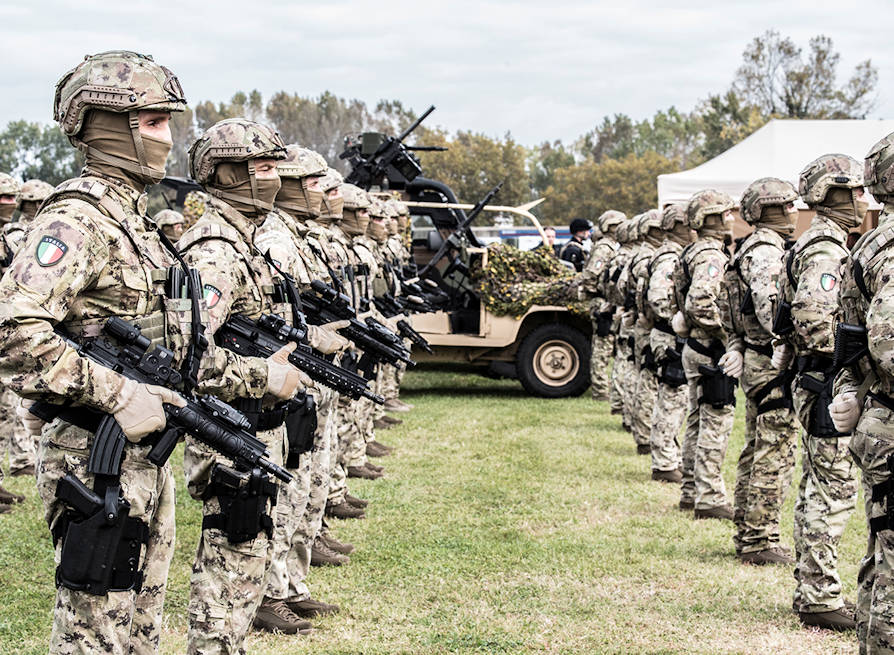