1 ° Conference on Security for Critical Infrastructures 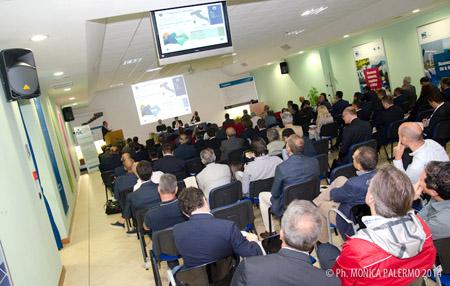 Critical infrastructures are all those structures at risk of vandalism, physical and computer sabotage, attacks, to structures such as ports, airports, railway stations. Threats to information, threats to physical assets such as theft, robbery, arson, abusive occupation, terrorism. Suffice it to say that a manual has been found on the web that explains how to sabotage the physical heritage and consequently the technologies connected to it, such as power lines, communication, the railway network and trains, with a series of explanations on how to prepare incendiary mixtures , craft bombs and more.

The significant intervention of the prefect Carlo Boffi, central director for civil defense and civil protection policies of the ministry of the interior, has started the work, which brought the testimony of the institutions on the delicate issue of protection of productive, logistic and social capacity of the nation.

The day continued under the guidance of dr. Loris Gai, journalist of the TG1 and moderator of the conference, who invited to speak Dr. Genséric Cantournet of Telecom Italia to explore the concepts of risk assessment and assessment in Critical Infrastructures (IC).

Subsequently the prof. Fabio Garzia, security engineering at the University of Rome La Sapienza, spoke with a focus on the role of information in IC security, reiterating that "information plays a crucial role in security, since it is vital in typical offense faults , defense and domination of every conflict ", and also reported the applied case of an integrated access control system for ports.

Then the engineer Santi Maurizio Grasso of DAB Sistemi Integrati alternated and proposed a model of sustainable security for Critical Infrastructures, the engineer Riccardo Barrile, responsible for information security and information systems of the Ferrovie dello Stato Italiane group. has dealt with the needs and critical points of the sector presenting a relative model of solution and the engineer Alfonso Messina, responsible for the function and security of the Acea group with an intervention on the topic of the management of the ICs.

The day ended with the engineer Luciano Caddemi of the port of Palermo and the engineer Luca Sandro of the Enac airport technology office, who respectively discussed regulations and systems for the protection of port areas and safety, security and technological development for the areas airport.

At the end of the conference, a lively debate with the audience in the room who, through specific questions, helped to deepen the topics covered, sharing their stakeholder experience.

The aim of the conference, as the president of the DAB group pointed out, Pierluigi Aloisi was "to strengthen the security sector, uniting all the trade associations aimed at the security objective to make sure that they are supported by the institutions". At the moment there is no category of professionals in the safety and security sector, and as Aloisi later added, "we need to go to the institutions and to legislate rules and rules".