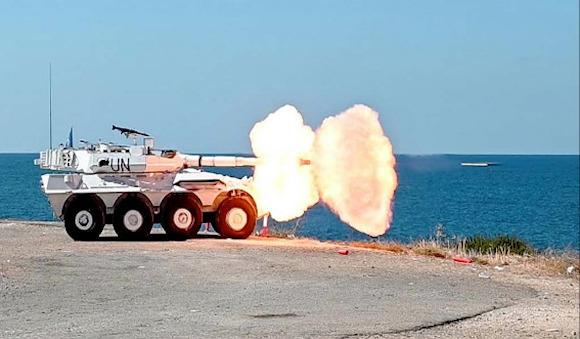 The multinational joint force exercise ended on Wednesday 6 October at the Naqoura shooting range in southern Lebanon. Steel Storm II / 2021, the only fire exercise that allows the use of all the weapon systems deployed by the nations participating in the UN mission, which involved the forces of the international military contingents of UNIFIL and the Lebanese Armed Forces (LAF) for five days.

The Italian military contingent under the command of Brigadier General Stefano Lagorio who leads the western sector of UNIFIL in southern Lebanon, on an aircraft brigade base Friuli, has deployed its own national maneuvering unit Italbatt with the other maneuvering units of the Ghanaian contingents (Ghanbatt), Irish-Polish (Irishpolbatt), Malay (Malbatt) and South Korean (Rokbatt). In addition, French-Finnish, Indonesian, Nepalese and Spanish maneuvering units also participated in the exercise.

Held every six months, the exercise was developed through joint fire activities between Blue Helmets of UNIFIL of the West and East Sectors with the Lebanese soldiers of the 5th and 7th brigades and saw the use of armored / armored vehicles, heavy machine guns and light weapons. 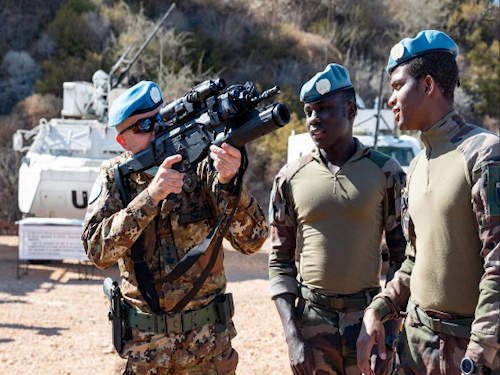 Italbatt, established on the basis of the 66th Aircraft Infantry Regiment Trieste, participated in the multinational exercise with the aircraft infantry battalion, with the squadron group of the 5th regiment Lanceri of Novara and assets of the 8th paratroopers' destroyer regiment using busways Centaur and the Browning 12,7 and MG 42/59 machine guns mounted on the turrets Hitrole of VTLMs Lynx.

The exercise aimed to verify the effectiveness of the procedures for the fire support of armored vehicles and to verify and implement the ability to operate in the multinational context between the different units, thus constantly increasing the deterrent effect of an effective capacity for intervention by LAF in Southern Lebanon.

Supporting the Lebanese Armed Forces, together with monitoring the cessation of hostilities and assistance to the population, is in fact one of the main tasks assigned to the Italian contingent of UNIFIL which operates in compliance with United Nations Security Council resolution 1701.

The last and decisive day of the activity was followed by the force commander, Major General Stefano Del Col, who was able to see once again the skills and preparation of the Italian assets in UNIFIL.

In the presence of the air squad general Nicola Lanza de Cristoforis, deputy commander of the Operational Command of ...
518
Read