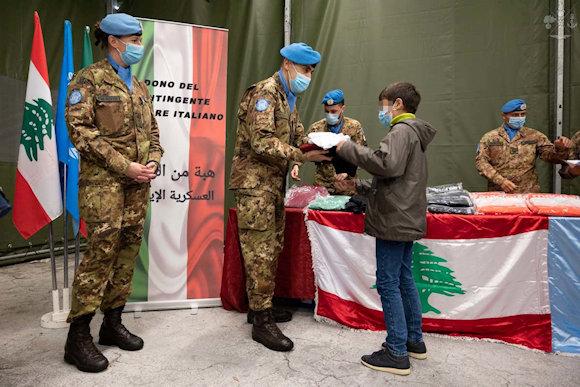 The Italian contingent of UNIFIL, on a "Friuli" aircraft brigade base, under the command of Brigadier General Stefano Lagorio, organized and conducted a charity initiative dedicated to the association Martyr Lieutenant Colonel Sobhi Akoury which welcomes the orphans of the children of soldiers of the Lebanese Armed Forces (LAF) who have died in service.

The Italian Blue Helmets hosted at the "Millevoi" base in Shama in Southern Lebanon, on two different days, the orphans of the LAF soldiers, children and adolescents between the ages of 9 and 19, and the widowed mothers of the Lebanese military, including to which Mrs. Lea Akoury founder of the association.

During the two days, in full compliance with the necessary measures for the containment of COVID, the Italian contingent made a donation of sports equipment in favor of children and young people, and the UN peacekeepers involved them in singing tests and a culinary workshop.

The meeting between the Italian soldiers and the young people, who appreciated the attention given to them, confirmed once again the close link established by the Italian contingent with the population and the Lebanese Armed Forces thanks to the civil and military cooperation activities (CIMIC) for assistance to the most needy groups of local citizens.

The association Martyr Lieutenant Colonel Sobhi Akoury is a non-profit organization supported by the Lebanese Armed Forces, named after the senior officer of the Lebanese Special Forces who fell in 2007 in the battle of Nahr El Bahred and founded by widow Lea in 2008 with the aim of welcoming the orphans of the Lebanese military to support them with initiatives aimed at alleviating the inconveniences caused by serious emotional losses and involving them in charity events and recreational activities aimed at children. 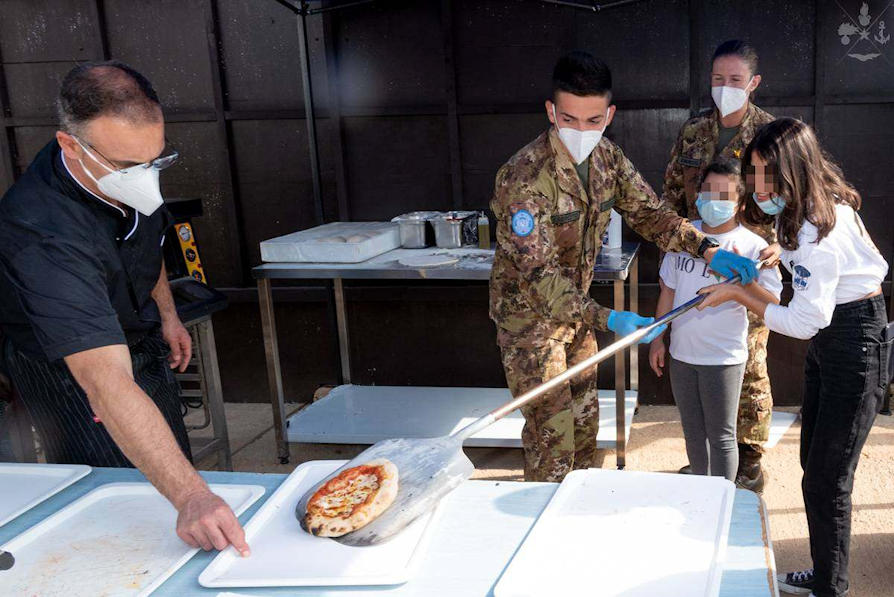