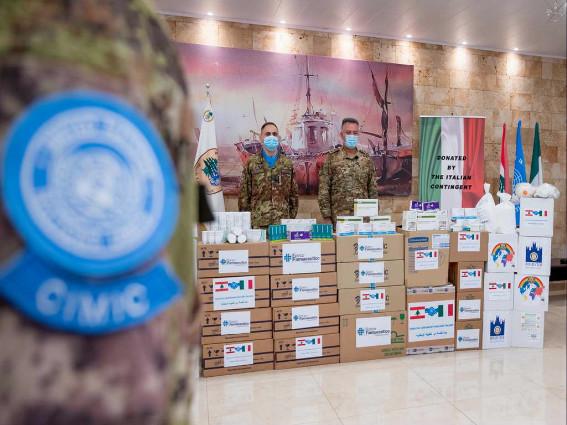 The Blue Helmets of the Italian contingent of UNIFIL, based on an aircraft brigade Friuli, have made a large donation of medicines and medical supplies to the medical center at the headquarters of the South Litani Sector HQ, the command of the Lebanese Armed Forces (LAF) responsible for all of southern Lebanon.

The soldiers of the Italian contingent deployed in the south of the country represented by the commander, Brigadier General Stefano Lagorio, in the presence of the commander of the South Litani Sector General Maroun Qubayati, and a representation of Italian and Lebanese military, carried out the delivery of five types of life-saving medicines, 725 serological test kits for coronavirus, 510 packs of personal protective equipment, 36 packs of cotton, hospital disinfectant and other consumables.

The medical center provides specialized services to the LAF soldiers constantly engaged in maintaining security in the sensitive area of ​​southern Lebanon, to the families of the military and to the most needy sections of the population who access the military installation from a directly connected external entrance. to the health facility.

General Qubayati wanted to thank, as commander-in-chief of the LAF in the south of the country, and also in a personal capacity, the whole of Italy and its UN peacekeepers who, over the years of commitment in favor of the population and the Lebanese Armed Forces, continue to earn the respect and admiration of every citizen of Lebanon with their work.

Support for the Lebanese Armed Forces and the local population, fundamental tasks that the Italian contingent-led aircraft brigade Friuli as in the present case, they constitute the pillars of United Nations Resolution 1701 which are combined with that of controlling the cessation of hostilities. 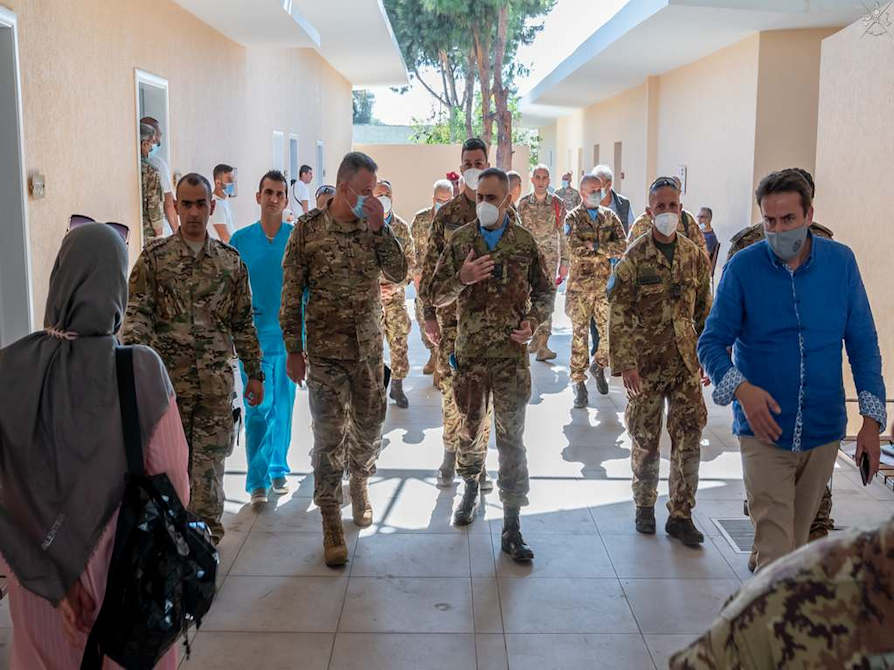 In the presence of the air squad general Nicola Lanza de Cristoforis, deputy commander of the Operational Command of ...
739
Read

It took place on the afternoon of last Saturday, June 18, at the multipurpose hall of 'Camp Singara', the base that ...
282
Read

On 19 May, the European Multi Mission Frigate Carlo Bergamini received a distress call from the ...
951
Read