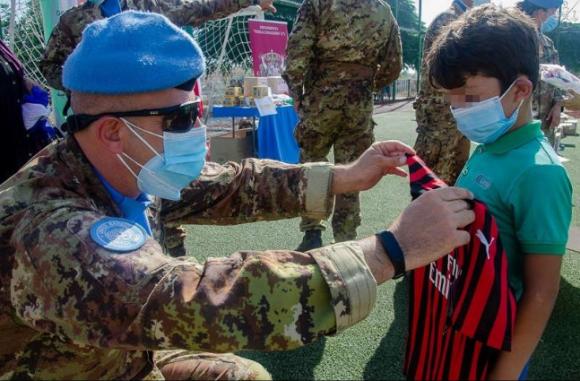 As part of the campaign Blue Bricks for Hope, designed and built by the Italian Blue Helmets of Sector West of UNIFIL, numerous donations of sportswear were made in favor of small Lebanese football realities located in the Italian area of ​​responsibility in southern Lebanon.

Generously donated by some large Serie A clubs and small amateur sports associations in the Novara area, the sportswear was delivered by the CIMIC (Military Civil Cooperation) cells of the command of the Sector West, ITALBATT and IT-NSE, the components of the Italian contingent of the UNIFIL mission based on the "Taurinense" alpine brigade, "Nizza Cavalleria" regiment (1 ') and logistic regiment Taurinense.

These donations represented, for the boys and girls of the Lebanese villages involved, a small step of hope for a better future.

In each of the villages concerned, there were unanimous expressions of thanks for the Italian soldiers who, alongside the constant commitment to the security of the area, continue the activities in support of the population also through donations aimed at the younger groups.

Also in this case sport, combined with the Italian generosity that made these donations possible, represented an essential element for the closeness and hope of the peoples. Small “blue” bricks of hope for a better future. 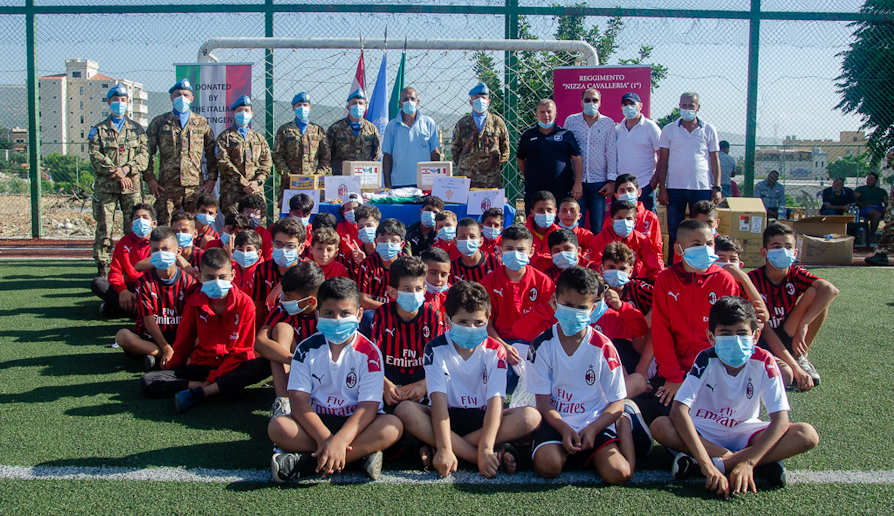 The frigate Carlo Bergamini returned to Taranto on 2 July at the end of a long period of assignment ...
163
Read

With the participation of gen. ba David Morpurgo, deputy commander of the DACCC of Poggio Renatico, at the Distinguished ...
191
Read