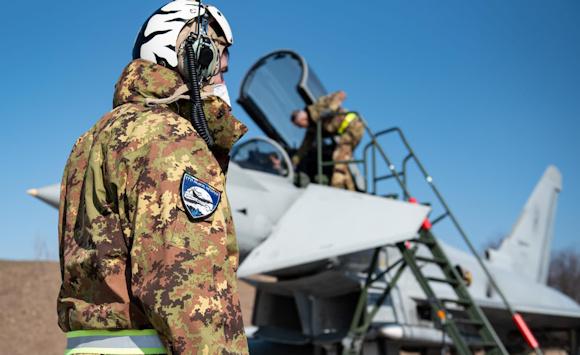 As part of the strengthening of the deterrent posture on the east flank of the Alliance, Italy will strengthen its presence in Romania by doubling the number of aircraft Euro Fighter already operating in the "Black Storm" Air Task Force in the NATO activity of Air Policing.

A further four aircraft will operate from the Mihail Kogălniceanu base in Constanta.

"Italy - declared the Minister of Defense, Hon. Lorenzo Guerini - is contributing swiftly and with conviction to the decisions taken within NATO, and the government has approved a series of significant measures that provide for the strengthening of the military posture on the east flank following Russia's unacceptable and unjustified aggression against Ukraine ".

The frigate Carlo Bergamini returned to Taranto on 2 July at the end of a long period of assignment ...
161
Read

The medical support activities (MEDICAL CARE) that the Italian contingent in Lebanon are carrying out in ...
39
Read

With the participation of gen. ba David Morpurgo, deputy commander of the DACCC of Poggio Renatico, at the Distinguished ...
191
Read