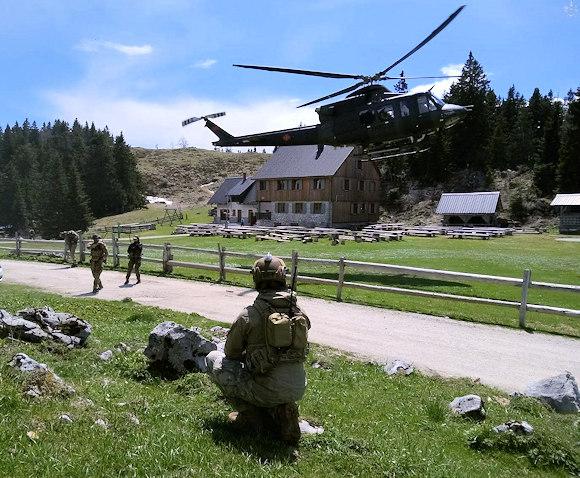 The ninth edition of NATO ended in Slovenia in recent weeks Adriatic Strike 21, multinational joint-force exercise that aims to train air and ground components in the development of tactics, techniques and procedures (TTP) on integrated fire (air and ground) with possible support of drones, and in the planning, control and execution of missions Close Air Support (CAS)

The Air Force provided its contribution with a team Joint Terminal Attack Controller (JTAC) of the 17th Furbara Incursori flock, and of the 16th flock Protection of Forces of Martina Franca and with the AMX aircraft of the 51st Istrana wing (operating directly from the home base) in the simulation of CAS activities.

JTAC training for Adriatic Strike 2021 took place in five locations in Slovenia: in Postojna, the main training area, only fire support was provided, while air support was simulated in the areas of Tolmin, Radece, Murska Sobota and around the Kamnik Alps and the Savinja.

The support aircraft present on site were deployed at the air bases of Cerklje ob Krki and Brnik.

In addition to the Armed Forces of Italy and Slovenia, the exercise also involved Austria, Belgium, Croatia, Czech Republic, Denmark, Spain, Hungary, Lithuania, Latvia, Poland, Romania, Estonia, France, Netherlands, Slovakia, Greece and the United States of America, allowing to develop the interaction between JTAC and aircraft of different nationalities, and to actually test the interoperability of each team aimed at collaborating in full mutual knowledge of the assets used.

In addition, planning capabilities have been developed in "Conventional Warfare" scenarios and for the integration of aerial fire with land maneuvering in "Non Permessive Environment" environments.