Home News armed forces Missions The commitment in the skies of the B ...

The engagement in the Baltic skies ends 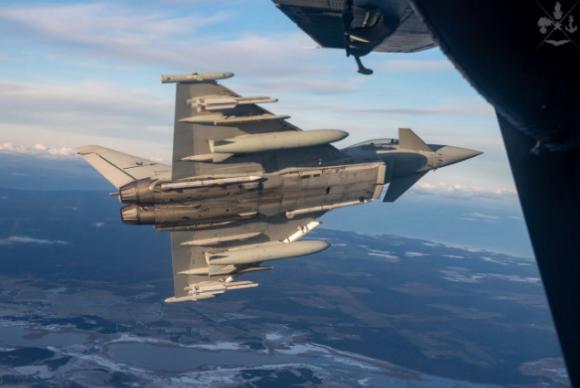 Italy's contribution to the NATO mission ended yesterday, after 15 months of consecutive activity Baltic Air Policing to guarantee - without interruption - the safety of the airspace of the three Baltic Republics of Estonia, Latvia and Lithuania, through the Quick Reaction Alert (QRA).

The Air Force, the only air force to have taken part in all the missions of Air Policing of NATO and to have ensured such a prolonged stay in the Region, he initially led the mission Baltic Air Policing (BAP) in Lithuania, operating from September 2020 to April 2021 from the Šiauliai Air Base with aircraft Euro Fighter, to then contribute to the defense of the Baltic skies from the Ämari Air Base, in Estonia, with the mission enhanced Air Policing (eAP), from May 2021 until today.

The international commitment of the Air Force to defend the skies of the Atlantic Alliance will continue with the operation Black storm, in Romania, with aircraft Euro Fighter.

The one in Estonia, with the Air Task Force Baltic Eagle II of the Air Force, it was the first use by NATO of the fifth generation F-35A fighters in a mission of Air Policing in the Baltic region, aircraft which, since 15 September 2021, have been alternated by the Euro Fighter until the end of the mission.

The Air Force aircraft, which operated for the entire period under the command and control of the Atlantic Alliance, carried out a total of over 1800 flight hours, of which more than 900 in Estonia, completing approximately 70 real interception interventions. .

Numerous attestations of appreciation reached Italy for the work carried out by the Air Task Force Baltic Eagle II, including those of NATO's Assistant Secretary General for Defense Policy and Planning, mr. Patrick Turner, and the Prime Minister of the Republic of Estonia, ms. Kaja Kallas.

In the presence of the air squad general Nicola Lanza de Cristoforis, deputy commander of the Operational Command of ...
836
Read