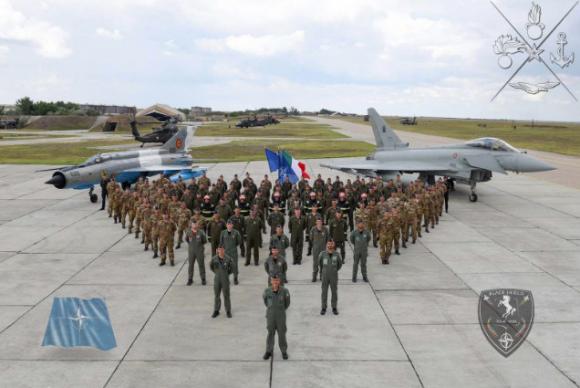 With the take-off to Italy of the four Eurofighters, the named operation officially ended on 17 August Black Shield, conducted by Task Force Air 4th Wing as part of NATO's Enhanced Air Policing mission, at the Mihail Kogalniceanu airbase, near Constance in Romania.

The deadline was formally celebrated with a greeting ceremony by the Romanian authorities, held last week in the presence of Fortele Aeriene Roman's chief of staff, major general Constantin Dobre and the commander of the air force, general sa Gianni Candotti, in representation of Italian Defense. The re-deployment phase will follow in the coming days with the gradual return to Italy of personnel and materials.

The mission, started in May, with the redeployment of four Eurofighters Typhoon of the Italian Air Force with its pilots, technicians, specialists and logistic personnel, has seen employees around 130 soldiers from the Eurofighter Storms - 4 °, 36 ° and 37 ° flock - with the contribution of other departments of armed force and interforce and two military personnel belonging to the Carabinieri with military police functions.

Since 14 last May, following the delivery of the certification of Full Operational Capability by the appraisal staff from the CAOC (Combined Air Operations Center) of Torrejon, for four months, the Italian detachment has contributed to ensuring the integrity of NATO airspace, supporting the surveillance activity of Romania's skies already ensured by Fortele Roman Aeriene with the MIG-21 assets.

During this time, the assets of the Air Task Force reached the prestigious milestone 500 flight hours, performing 4 alpha scramble and numerous missions of Scramble simulated (in jargon Tango Scramble) for training in the operational readiness of the crews.

To these missions, there is the daily training activity carried out jointly with the Romanian air force and with the other air forces of allied countries present in the area of ​​operation as well as with surface and maritime forces.

The pilots have in fact carried out missions of close support to the ground troops (CAS - Close Air Support) in collaboration with US and Romanian military personnel, offering them the possibility of training the qualified JTAC (Joint Terminal Attack Controller) military personnel.

In addition to the flight crews, the training also involved the Italian personnel working for the Task Force and seconded to the Control and Reporting Center from Balotesti, near Bucharest, which has carried out activities as a hunting guide, support and training assistant for the Romanian homologous counterpart.

There were also other opportunities for comparison and training between the Italian staff deployed and personnel of the Romanian air force, in the areas of maintenance and emergency management.

Activities that not only represent opportunities for professional growth for the staff of the Task Force, but that have contributed to strengthening the integration of forces and friendship within the Alliance, promoting the analysis, deepening and improvement of procedures and tactics . Opportunities highly appreciated also by the host nation that has always expressed its recognition to the staff of the Task Force for having worked together in these four months. 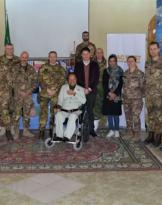 Afghanistan: TAAC-W in support of the population

In the framework of civil and military cooperation activities in support of the local population of Afghanistan in ...
56
Read 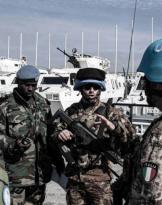 In the first fifteen days of February the Sector West Sector Mobile Reserve composed of a company of the "Lancers ...
176
Read 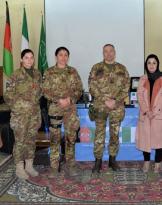 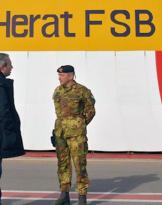 The French ambassador to Kabul, David Martinon, has visited the Train Advise and Assist Command-West these days ...
211
Read 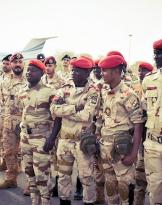 Change at the top of the mission in Niger MISIN between Brigadier General Claudio Dei (transferor) and General ...
519
Read 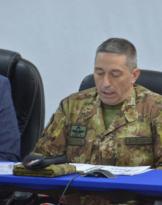 As part of the training, assistance and consultancy activities for the institutions and Forces of ...
132
Read 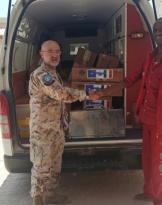 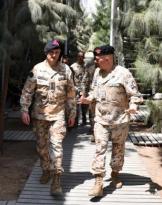 The visit of the Army Corps General ended today at the headquarters of the EUTM Somalia Mission ...
709
Read 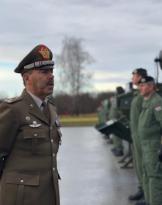 The two-day visit to Croatia of the Italian Army chief of staff, general of the corps of ...
623
Read 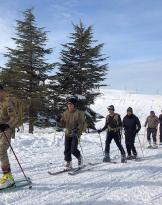