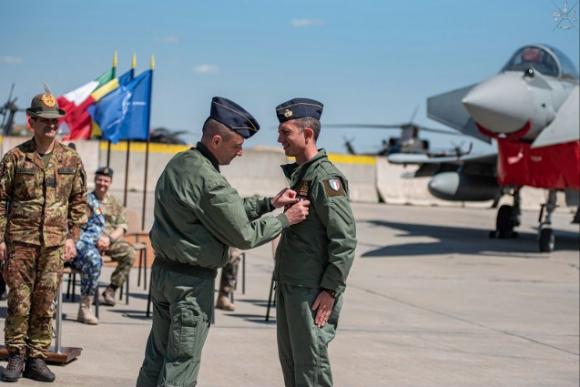 Yesterday morning, at the Mihail Kogălniceanu airport in Constanta - Romania, the changeover in command of the TFA "Black Storm" took place, engaged in Romania within the framework of the NATO mission of enhanced Vigilance Activity (eVA).

The ceremony took place in the presence of the Army Corps General Francesco Paolo Figliuolo, Joint Chief Operating Officer (COVI), accompanied by the general of the air division Andrea Argieri, chief of staff of the command of the air squad (CSA) of the Italian Air Force. Also attended by General Dorin Ionita, Joint Commander of the Romanian Armed Forces and General Viorel Pana, Chief of Staff of the Romanian Air Force.

General Figliuolo, in his speech, underlined the importance of the activities carried out within the NATO eVA mission. "Every day, in full synergy with our allies and partners, you carry out a fundamental action in guaranteeing the safety and integrity of the airspace of Romania and NATO", these are the words that the COVI commander addressed to the Italian and Romanian soldiers deployed. Subsequently, he attended the passing of the baton at the helm of the TFA between the transferring and taking over commanders.

The ceremony ended with the intervention of General Ionita, who thanked the whole contingent for their "Dedication, hard work and determination to ensure together the safety and well-being of our fellow citizens in times of tension and instability". 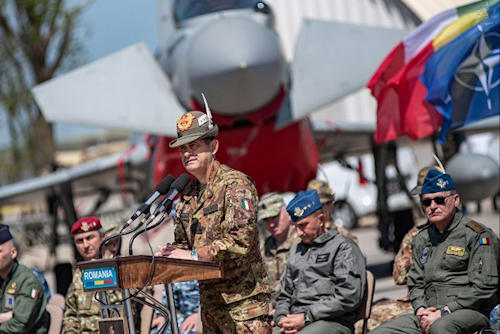 General Pana then bestowed the Romanian Air Force "Emblem of Honor" on eight TFA men and women for their commendable work.

At the end of the celebrations, the gen. Figliuolo visited the operational and support base of the TFA, personally meeting and thanking all the staff for their work, professionalism and self-denial that allowed the achievement of high performances, recognized at home and abroad.

On the sidelines of the ceremony, the COVI commander witnessed a briefing of information update on the current situation in the territory and in the skies of neighboring Ukraine, as well as on the maritime activities conducted by the Russian Federation in the Black Sea.

THEAir Policing (AP) is a collective defense mission conducted since peacetime, continuously for 365 days a year, with the aim of ensuring the integrity and safety of the airspace of all the countries of the Alliance, which has been by them enhanced with enhanced Air Policing (eAP) missions in favor of the member countries of the eastern flank, which were insured by the TFA "Black Storm" from December to March.

Since early April, the TFA has participated in the enhanced Vigilance Activity (eVA), to ensure support for the defense of the integrity of the Alliance's borders, currently deploying a fleet of 8 F-2000A "Typhoon" aircraft from the 4th, 36th, 37th and 51st squadrons of the Air Force.

This complex of operations is carried out under NATO command and control, exercised through the Combined Air Operations Center (CAOC) and under the supervision ofAllied Air Command (AIRCOM) of NATO, supporting the ability of Alliance countries to share and optimize the use of means, personnel and professionalism to safeguard NATO airspace, reducing costs and maximizing efficiency.

Nave Caio Duilio has recently crossed the Pillars of Hercules, undertaking the oceanic route that will bring unity ...
54709
Read 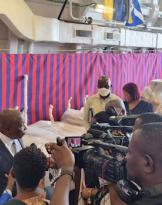 On May 4th, as part of Operation Gabinia, Nave Luigi Rizzo delivered the ...
555
Read