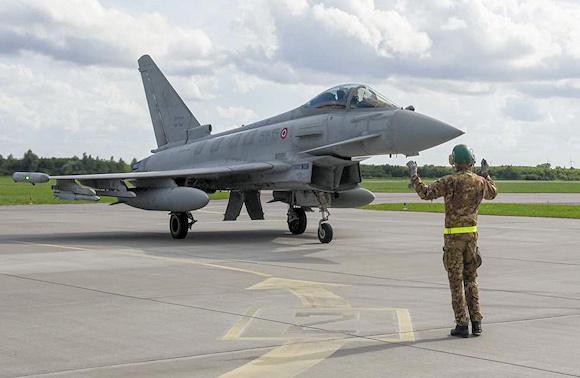 On the afternoon of Thursday 28 July, with the arrival of the four aircraft at Krolewo airport in Malbork Euro Fighter F-2000A coming from the 4th, 36th, 37th and 51st squadrons of the Italian Air Force, also in the presence of the commander of the 22nd Tactical Air Base of Malbork col. Mariusz Wiaczkowski, the redeployment operations of the “White Eagle” Air Task Force have been completed which, for the first time, sees the Air Force present in a NATO mission (Block 60) in Poland.

The Italian mission of Air Policing, which in fact saw its start with the FOC (Full Operational Capability) reached today 1 August and will end on 30 November, will employ personnel from Bodies and Departments of the Air Force at the Krolewo airport in Malbork which, in synergy and with the usual competence and professionalism, they are completing the delicate arrangements necessary for the good performance of the business. Ultimately, it is a joint effort, supported by the personnel of the Air Squad Command and the Logistics Command, which will allow the Air Task Force to guarantee, effectively and efficiently, the execution of all operational missions required by NATO.

The “White Eagle” Air Task Force, placed under the direct national dependence of COVI (Operational Command of Summit Interforces), is made up of personnel from flight groups and technical and logistical personnel. The TFA-P will ensure, in the period foreseen by NATO, the control of the north-east flank of NATO through interception, using the F-2000A aircraft in conditions of Quick Reaction Alert - Interceptor (QRA-I) 24 out of 24, thus ensuring rapid intervention to protect the airspace in the event of the penetration of aircraft that are not identified or that may represent a possible threat to allied skies.

THEAir Policing (AP) is a NATO-led collective defense mission managed by theAllied Air Command (AIRCOM) of Ramstein (Ger) which has been conducted since peacetime, without interruption 365 days a year and which, specifically for the TFA-P "White Eagle" leading the 4th wing, has the purpose to ensure the integrity and security of the airspace of Poland and all countries of the Alliance, thus contributing to the strengthening of the deterrent posture on NATO's eastern flank. 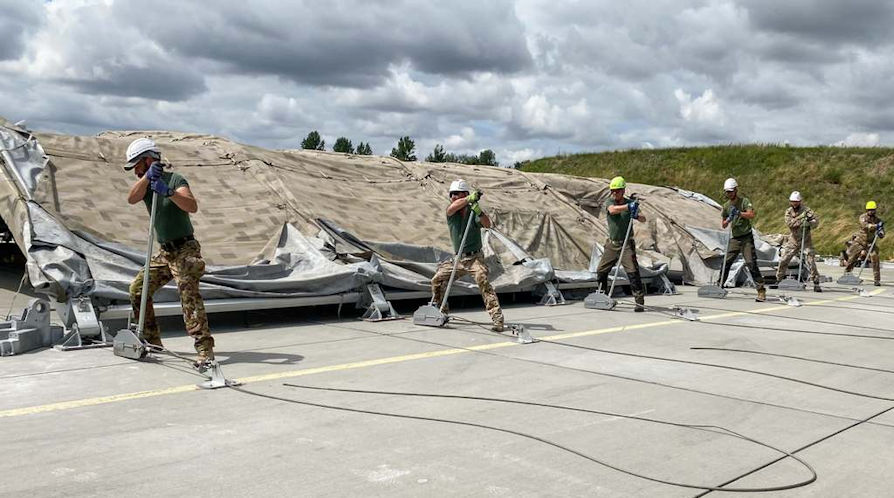 The Aerial Shield exercise has just been held at the RC-W Camp Villaggio Italia, dedicated to the defense of Counter ...
67
Read

The units of the Regional Command West, framed under the Piedmont Cavalry regiment (2nd) of the Army ...
5186
Read

Nave Thaon di Revel, the last ship delivered to the Navy, left on 12 August from the port of La Spezia to ...
2325
Read

In the afternoon of August 8, an anti-piracy and Maritime exercise took place in the waters of the Gulf of Aden ...
813
Read

It took place yesterday in the Italian Headquarters of Shama, named after Lieutenant Andrea Millevoi (MOVM), in the presence ...
282
Read

With the return respectively to the ports of La Spezia and Taranto, Nave Vulcano, under command of ship captain Alberto ...
803
Read

Production of electricity through the supply and installation of a photovoltaic system to power a ...
179
Read

At the command of the 1st infantry brigade of the Lebanese Armed Forces (LAF), the closing ceremony took place ...
430
Read

With the embarkation, from the port of Bari, of the first tactical and logistic vehicles, as well as of the logistic materials, ...
10450
Read