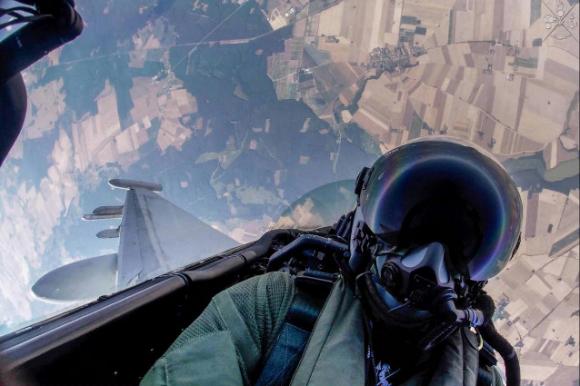 Task Force Air White Eagle has been engaged for just over a month at the Krolewo airport in Malbork, headquarters of the 22 ^ Baza Lotnictwa Taktycznego, in NATO missions to support the enhanced Air Policing (eAP), with the Euro Fighter coming from four operational squadrons of the Italian Air Force.

In recent days the TFA White Eagle conducted a series of activities with the Host Nation, aimed at improving the possibilities of using its aircraft assets.

The operational activity that takes place on a daily basis within the Polish airspace (Shield), often sees i Typhoon of the Italian Air Force engaged together with Mig-29 aircraft of the Polish Air Force located on the same base in Malbork.

The missions carried out by Euro Fighter together with the Polish Mig-29s, they offer pilots of both nations the opportunity to test the capabilities of their respective weapon systems and provide our personnel with the opportunity once again to exploit the undisputed potential of this aircraft, the most modern result of the industrial collaboration of Germany, Great Britain, Italy and Spain, able to offer wide-ranging and extremely effective operational capabilities in the Air Defense sector together with our NATO partners. 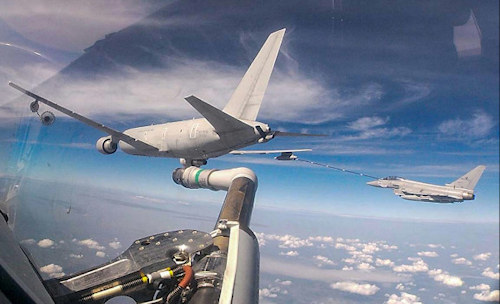 The Air Force, to better support the NATO Air Policing activity on the skies of Malbork of the EF-2000 aircraft, as well as to better implement the possibilities of joint use, has also made available other assets such as the KC-767A Tanker / Transport and the Conformal Airborne Early Warning (CAEW) demonstrating cohesion, shared responsibility and solidarity within the Alliance.

For the first time in Poland in operations of enhanced Air Policing, Task Force Air White Eagle is under the direct national dependence of COVI, the operational command of interforce forces, and from 1 August to 30 November 2022 it works alongside the Polish Air Force to protect the north-eastern flank of the Atlantic Alliance. The commitment undertaken in one of the key points of the international political and strategic chessboard for the "White Eagle" TFA is to ensure the integrity and safety of the airspace of Poland and of all the countries of the Alliance, such as necessary response to the security threat of the countries most exposed in the north-eastern quadrant, and at the same time maintaining a strategic flexibility such as to be able to intervene quickly in other quadrants in case of need.

The operational activity of the TFA White Eagle of the Italian Air Force is under the operational control of AIRCOM, and is exercised through the combined air operation center (CAOC) of Uedem (Germany). 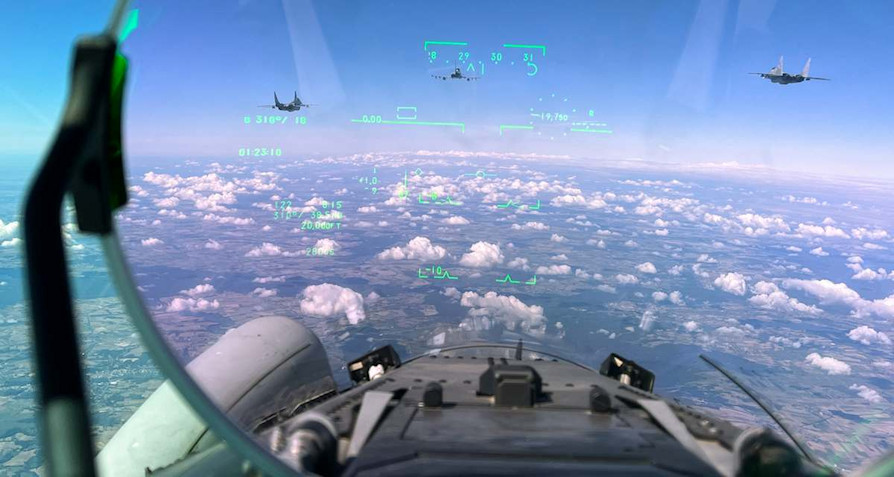 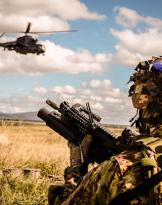 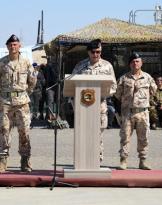 It took place yesterday at the Italian Ramp, of the Italian base of Erbil in the Autonomous Region of Iraqi Kurdistan, the ...
196
Read 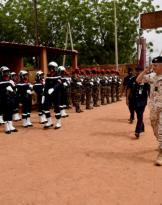 The Bilateral Support Mission in Niger (MISIN), in its civil-military cooperation activities managed by ...
150
Read

As part of the Naval Diplomacy activities carried out by the assets of the Safe Mediterranean operation, from 19 to 22 ...
478
Read

On the day of September 26, at the Gjorce Petrov barracks in Skopje, the ambassador of Italy, Andrea Silvestri ...
8776
Read

In the week from 19 to 23 September, at the Floriana base, a mobile training team from the Operational Group ...
245
Read

The Brave Warrior 2022 exercise kicked off this week and will continue until the end of September ...
848
Read

An intense week that the men of Task Force Air White Eagle have faced up to now, due to the ...
1831
Read