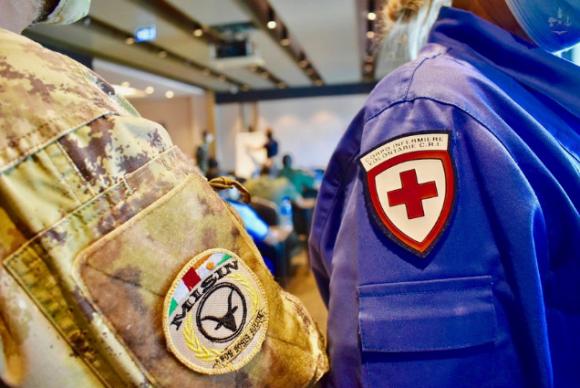 The activity was conducted in compliance with the anti-COVID 19 prevention measures, divided into forty hours of study divided between theoretical lessons and practical exercises. The course was held by highly qualified instructors such as Lawyers, International Law Instructors, Legal Advisers and by Red Cross personnel operating on the Italian national territory.

In consideration of the presence of foreign personnel belonging both to the Nigerian security forces (FDS) and to the international partners present in Niger, two classes have been created with lessons and exercises for the application of international law in concrete cases, both in Italian and in English. 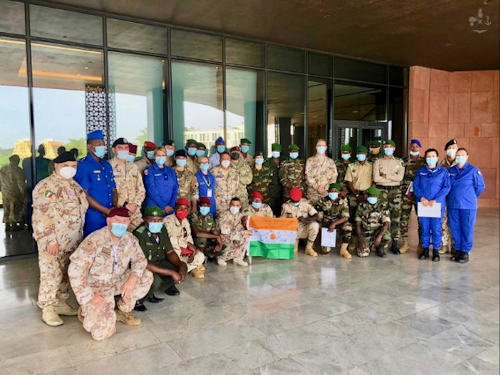 During the lectures, topics such as the principles of proportionality, limitation and distinction were addressed as well as topics of absolute topicality concerning human rights and the migration phenomenon, the treatment of prisoners of war, the use and abuse of the protective emblem. and the international movement of the Red Cross and Red Crescent.

The careful analysis of case studies requiring the application of the rules in simulated contexts has made the course extremely relevant to the different situations that military personnel may face in contexts similar to that of Nigeria and sub-Saharan countries that are part of the Sahel. .

At the end of the course, a limited ceremony for the delivery of certificates of participation was held which was attended by the Commander of the Bilateral Support Mission in Niger (MISIN), Brigadier General Alessandro Grassano, who underlined the absolute importance of deepening the knowledge of fundamental rules for the fulfillment of the task that the military perform in every field of employment and in every type of operation and thanked the teachers for the professionalism and passion with which they transmitted such a broad and difficult subject to the participants.

Colonel of the Military Corps of the Red Cross Fabio Strinati, director of the DIU Course, accompanied by all his staff, thanked the participating staff for the interest shown in the matter, testimony to how the spread of knowledge of the rules of International Humanitarian Law is fundamental for the work done by the military in the field in the difficult operational theaters in which they are employed.