Niger: change in command of MISIN 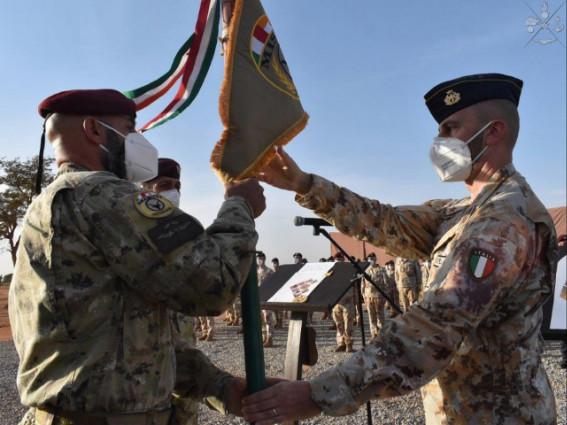 The handover ceremony was chaired by Major General Francesco Bruno, head of the operational support department of the Interoperable Summit Operations Command (COVI), in the presence of Emilia Gatto, Ambassador of Italy to Niger, of dr. Pierpaolo Serpico, the MAECI crisis unit and the Nigerian military authorities, including the commander of the Aerienne 101 base which hosts the Italian contingent.

The event, preceded by a visit to Defense personnel operating in Mali as part of the "TAKUBA" Task Force, took place in the area where the 6th pioneering genius started the construction works of the new Italian base in Niamey, future logistics and operational hub for national activities in the Sahel area.

In his farewell speech, Brigadier General Alessandro Grassano focused on the training and humanitarian results achieved by MISIN during his mandate, which confirm the determination of the Italian Armed Forces in pursuing the objectives assigned by the national political authority. 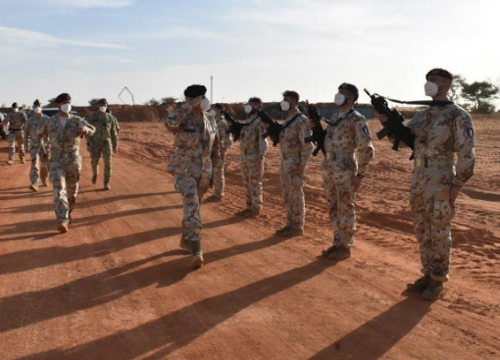 He recalled the importance of cooperation in the fight against the instability of the Sahel, wishing an ever more fruitful collaboration so that the effort made by the Italian contingent becomes even more consolidated and effective, ending his farewell with the best wishes to the incoming commander, pilot colonel Davide Cipelletti , to be able to carry out the objectives not yet achieved by the mission.

Division General Francesco Bruno, sharing his satisfaction with the Nigerian authorities for the realization of the numerous joint activities, praised Brigadier General Grassano for the excellent work carried out and all the personnel deployed for the fruitful collaboration provided and the very high demonstrated professionalism.

The head of the COVI operational support department reiterated how the excellent results achieved are the result of the union of intentions of the joint forces which, having well understood and adopted the national objectives in the area, worked with the utmost self-denial to ensure that they were achieved.

As proof of the appreciation of the Italian work in Niger, the Nigerian President Mohamed Bazoum, during the recent speech to the Nation held on the occasion of the 63rd anniversary of the Republic of Niger, mentioned Italy among the nations to which he expressed gratitude for the "Remarkable competition with which they have contributed to significantly improve the level of Nigerian forces".

The commander of the NATO Mission in Iraq (NMI), gen. Giovanni Maria Iannucci met at the Hotel Al Rashid in ...
112
Read

Production of electricity in Tire in favor of the offices of the Municipality of the Operational Center of the headquarters ...
188
Read

Nave Caio Duilio has recently crossed the Pillars of Hercules, undertaking the oceanic route that will bring unity ...
55658
Read

With the last two courses in favor of the National Police of Djibouti (PND), the activities of the section ...
582
Read

The Eurofighters of the “Black Storm” Task Force Air, located at the Mihail Kogălniceanu airport in Constanta - Romania ...
3265
Read