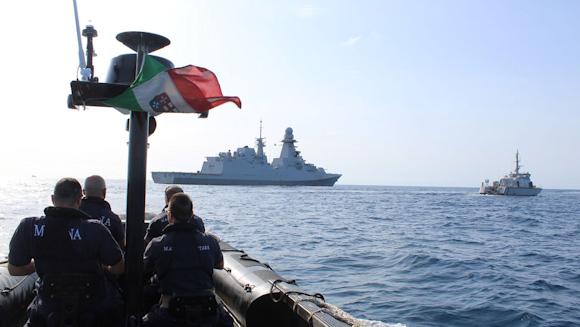 In recent days, off the coast of Togo, Nave Luigi Rizzo completed a joint anti-piracy exercise with the Togolese Navy.

The alarm chain was triggered by the Lomé operations center, following the report of a pirate boat (simulated by Nave's organic hurricane Rizzo), the FREMM, the Oti patrol vessel and a minor tactical craft of the Togolese Navy intervened promptly on the spot. Close kinematic maneuvers and simulations of asymmetric surface attacks were the key elements of this realistic "joint vessel interdiction" training activity.

"Thank you for choosing Lomé for this historical and memorable call. May this call strengthened the relationship between our navies." Thus the commander of the Naval Base, cdr. Atatoum Babaté, greeted the crew of the Italian frigate at the end of the stop in port. In fact it was the first stop in the African source by a ship of the Italian Navy.

This precious training opportunity is part of the broader context of cooperation between the Navy and the navies of the coastal countries of the Gulf of Guinea, the new hotspot of world piracy. In confirmation of this, on 23 April, an attack against the M / N CONTSHIP NEW flying the Cypriot flag took place. Averted the presence of pirates on board and wounded among the crew members, Ship Rizzo, which at the time of the event was on patrol about 350 miles away, directed the support and escort operations to the merchant ship towards the Lomè spring. Once in the Togolese territorial waters, the container ship was assisted by the local authorities until mooring in the port. 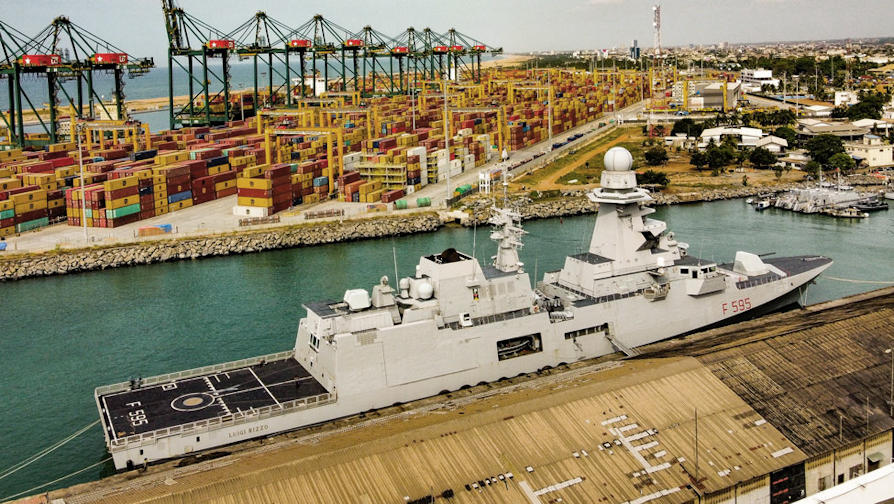 The units of the Regional Command West, framed under the Piedmont Cavalry regiment (2nd) of the Army ...
157
Read

Nave Thaon di Revel, the last ship delivered to the Navy, left on 12 August from the port of La Spezia to ...
1937
Read

With the return respectively to the ports of La Spezia and Taranto, Nave Vulcano, under command of ship captain Alberto ...
679
Read