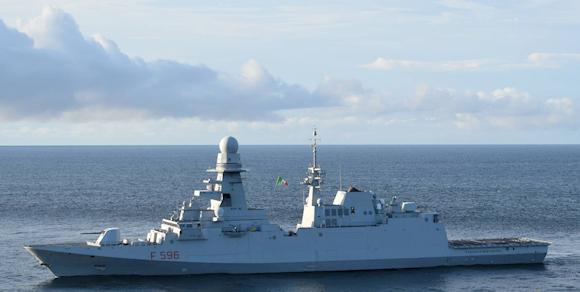 Ship Federico Martinengo returned yesterday at the Mar Grande Naval Station in Taranto after more than 4 months of mission. The Italian frigate participated in the European-led operation “Atalanta” born in the context of the European Union Naval Force for Somalia (EUNAVFOR SOMALIA), aimed at combating the phenomenon of piracy in the waters of the Red Sea, Gulf of Aden and the Somali basin and, as the first Italian asset, also took part in the "Agenor" operation, also born in as part of a European initiative called European Maritime Awareness in the Strait of Hormuz (EMASOH).

In the period of assignment to the “Atalanta” operation, the Italian frigate carried out a wide range of activities aimed at preventing and suppressing acts of piracy and protecting the freedom of navigation of merchant traffic in transit in the areas of interest of the operation.

During the mission, a capillary control and monitoring action was carried out on the activities carried out by small vessels near the coasts of Somalia, through the use of nautical means supplied to the ship. This type of activity has contributed significantly to the prevention of acts of piracy, and falls within the context of the so-called activities of Civilian and Military Cooperation (CIMIC).

Particular mention should be made of the escort activities to the naval units assigned to the World Food Program (WFP), used for the transport of humanitarian aid on behalf of the United Nations Organization (UN), and of those employed within the framework of theAfrican Union Mission in Somalia (AMISOM).

From 1 October and for the whole month of November, the unit has instead ensured its presence in the waters of the Persian Gulf and the Gulf of Oman where it operated in the air-naval device assigned to the "Agenor" operation as part of the multinational initiative. European EMASOH, launched by France in January 2020 and supported not only by Italy but also by Belgium, Denmark, Germany, Greece, the Netherlands, Portugal and Norway. The multinational operation involves the use of an air-naval device capable of carry out an effective and credible activity of presence, surveillance and safety of merchant traffic in transit in the Strait of Hormuz, an area characterized by vital interests for the national economy and for European countries.

With this in mind, the participation of Nave Federico Martinengo to the two operations, highlights the importance of operating in a multinational context through the coordinated use of structures, even different ones, which are able to ensure safety in the maritime areas of interest within the scope of the so-called Enlarged Mediterranean. 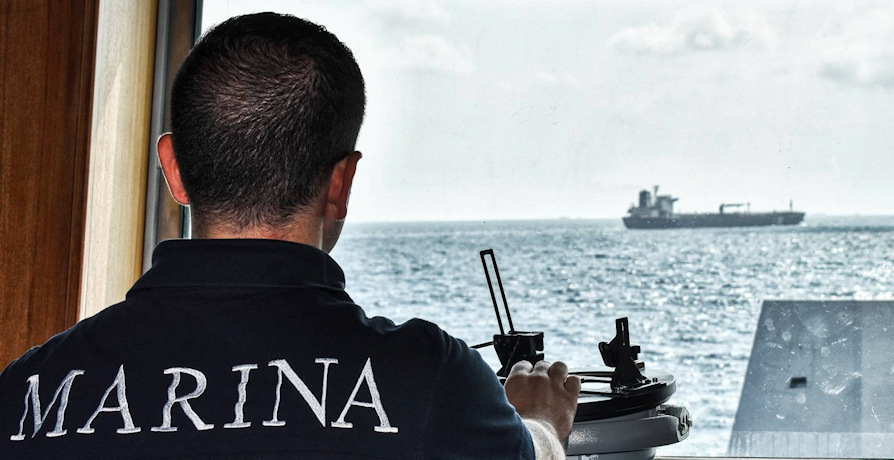 Nave Caio Duilio has recently crossed the Pillars of Hercules, undertaking the oceanic route that will bring unity ...
45226
Read

With the last two courses in favor of the National Police of Djibouti (PND), the activities of the section ...
375
Read

The Eurofighters of the “Black Storm” Task Force Air, located at the Mihail Kogălniceanu airport in Constanta - Romania ...
3081
Read

"Italy at the command of NATO Mission Iraq confirms the excellence of our country's Armed Forces at the level ...
796
Read

A technical meeting was held today at Camp Villaggio Italia during which the engineer of the ...
399
Read

In recent days, the commander of the West Sector of UNIFIL Lebanon, Brigadier General Massimiliano Stecca, has ...
389
Read