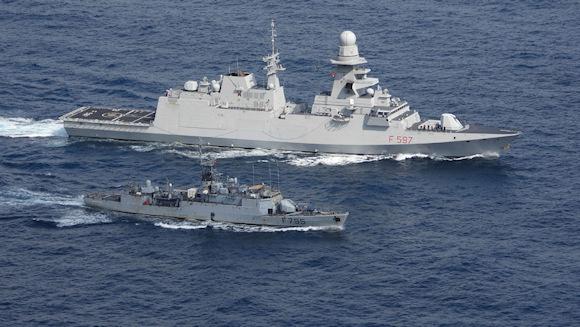 On 3 October 2021 the Italian frigate Antonio Marceglia engaged in the operation Gabinia, made a Passing Exercise (PASSEX) with the French ship Commander Ducuing, in the waters off the Niger delta, in the Gulf of Guinea, an area of ​​strategic interest for Italy as it is the site of ENI and SAIPEM extractive infrastructures and highly subject to piracy events, including the kidnappings of seafarers.

The PASSEX is an example of cooperation regularly conducted between allied naval assets and the EU to improve the interoperability of vehicles and increase the level of training of crews and in particular of specialized teams.

This training event aimed in particular at training personnel in the use of the 25/80 mm OTO-Melara automatic machine guns. During the hot shot the sub-chief Antonella Rota and the second chief Giuseppe Amato, decorated with the Bronze Medal for Valor of Marina in 2016, demonstrated remarkable accuracy, both scoring a "target". 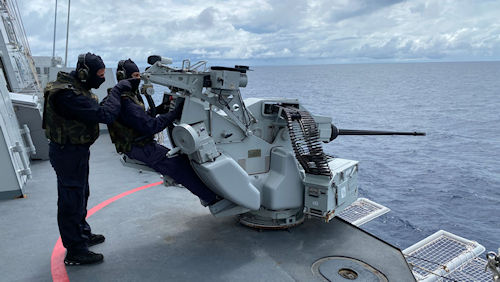 Following this, the exercise saw the team of the marine brigade Saint Mark and the French counterpart of the Troupes de Marine engaged in boarding activities; in fact alternatively Ship Marceglia of the Ship Ducuing they simulated being a merchant engaged in illicit trafficking who was boarded by the special forces of the opposing EU Forces.

At the end of the exercise, Commander LCR Paillereau sent a letter to the ship's commander Marceglia, cf Francesco Ruggiero, greeting him with these words: "I consider exercises like these very important in order to give visibility to the concept of Coordinated Maritime Presences".

The two ships continued their navigation; they will maintain profitable exchanges of communications with the aim of ensuring presence and surveillance on the high seas, countering the phenomenon of piracy in the high-risk area of ​​the Gulf of Guinea.

In the presence of the air squad general Nicola Lanza de Cristoforis, deputy commander of the Operational Command of ...
520
Read