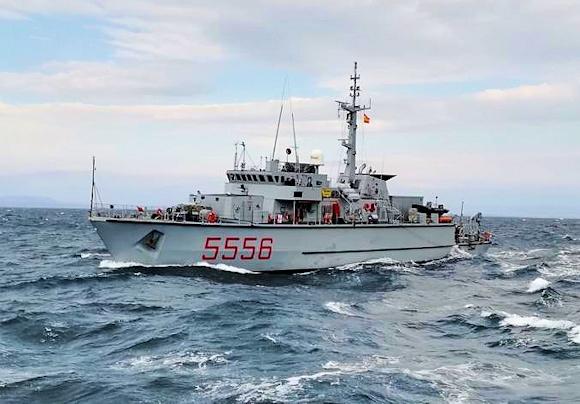 The minesweeper Alghero of the Italian Navy aggregated to Standing NATO Mine Countermeasures Group 2 (SNMCMG2), has completed the POSEIDON 2020 exercise, an activity held in the waters off the port of Burgas, in Bulgaria, aimed at training and evaluating the interoperability between the Allied Forces in the conduct of naval mine location and neutralization operations.

The scenario involved the ships in an escorting of the ships through a dredged channel (so-called leadthrough) and the subsequent reclamation of a stretch of sea mined by hostile forces to deny free access to ports.

During the activity Nave Alghero located, in addition to the simulacra of mines arranged on the fund ad hoc for the activity, a remnant of war, an EMA-type mine from the Second World War, whose position was promptly communicated to the Bulgarian authorities for subsequent neutralization actions.

Ship Alghero she was assigned to the Task Group under the direction of the commander of SNMCMG 2, embarked on the Hellenic ship Aliakmon, with the minesweepers of Spain, France, Bulgaria and Turkey, working in synergy with the other news channels that took part in the exercise.

Ship Alghero continues its activity with the other naval units attached to the NATO Group in the Black Sea and will reach the port of Constanta in Romania in the coming days.

The return to La Spezia is scheduled for the end of the month.

More than 4 tons of pasta were distributed by the soldiers of the Italian contingent of UNIFIL to two houses of ...
13
Read

Even a regional threat, such as piracy in the Gulf of Guinea, can have global repercussions, and is ...
295
Read

100 days were particularly intense those just passed by the European contingent in Somalia, in which it is ...
557
Read

The change at the top of the Joint ... was held at Camp Arena, headquarters of the Italian contingent in Afghanistan ...
358
Read

Returned last August 12 to the Ali Al Jaber base in Kuwait, replacing the Italian Eurofigther of the Task ...
882
Read

The 40th howitzers battery of the 1st land (mountain) artillery regiment of the "Taurinense" alpine brigade is ...
1060
Read