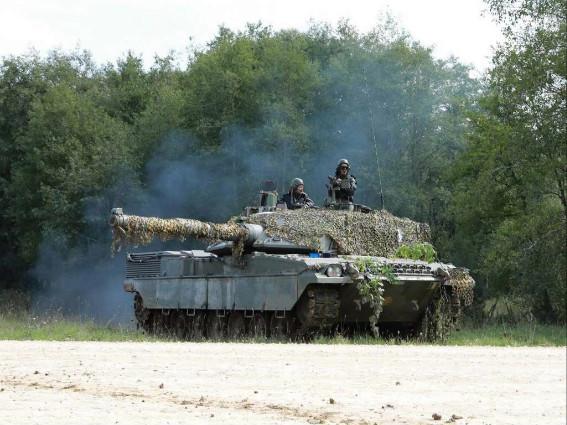 The multinational exercise 2022 Saber Junction, in which the Italian Army participated with a C1 tank platoon Ram with the support of command and control and logistic assets belonging to the 4th tank regiment.

The activity is part of the training commitment of NATO for the implementation of the operational capabilities of the units of the member countries in a combined environment, and was carried out with the participation of the contingents of fourteen nations (England, Slovenia, Romania, Hungary, Albania, Georgia, Belgium, Czech Republic, Estonia, Greece, Kosovo, Lithuania and North Macedonia).

The objective of the exercise was to test the real combat capabilities, verify the interoperability of the communication systems between the forces of the participating Allied countries, in a simulated operational environment, characterized by an increasing level of complexity with opposing parties ( force on force) in collaboration with various nations.

The Italian unit employed by the 173 ^ infantry airborne brigade training in the conduct of prolonged operations conducted the continuous exercise for a period of 10 days and, since the moment of link up with the American air-launched personnel the wagons provided the safety of the drop zone by providing a synergy in a compartmentalized environment during the different phases. In the defensive phases in which the Americans ensured close security and during the offensive phases in which the tank platoon in counterattack activity received close defense from the US forces.

The efforts made and the resources used during the exercise confirmed the ability of the Italian Army to assure NATO forces with skills full spectrum, to operate in scenarios warfighiting highly responsive and capable of carrying out all tasks.

On the day of September 26, at the Gjorce Petrov barracks in Skopje, the ambassador of Italy, Andrea Silvestri ...
81
Read

In the week from 19 to 23 September, at the Floriana base, a mobile training team from the Operational Group ...
162
Read