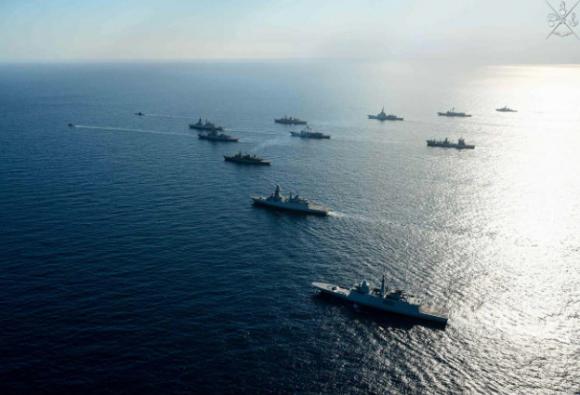 The Dynamic Manta 22, one of NATO's most important and complex anti-submarine exercises.

The Dynamic Manta is an exercise planned and conducted annually by the allied maritime command of NATO (NATO Allied Maritime Command - MARCOM), which takes place in the central Mediterranean, along the eastern coasts of Sicily, mainly aimed at training and conducting anti-submarine defense operations (Anti Submarine Warfare - ASW).

The Navy took part in the exercise with the frigate Margottini, Which is also flagship of SNMG2, the frigate Carabiniere, the submarine Salvatore Todaro and the assets of the 3rd Catania helicopter group (Maristaeli Catania).

Italy also provided the participating commands and assets with meteorological and oceanographic products and data processed by the Hydrographic Institute of the Navy and the Meteorological Service of the Air Force.

Further support was provided by the naval base of Augusta, by the air base of the Air Force of Sigonella in Catania and by the operations center for meteorology (COMET) of Pratica di Mare which elaborates the mathematical forecasting models and guarantees the operational production of maps and products, together with those developed by the Hydrographic Institute of the Genoa Navy. COMET and RESIA (Automated Information Systems Department) disseminate them both through national and NATO channels, in order to allow their wider dissemination through the planned Hubs and networks.

The Joint Summit Operational Command (COVI) coordinated the initial planning phases of the exercise for the meteorological and oceanographic part with MARCOM and the Technical Bodies of the Armed Forces, ensuring that Italy's support for NATO was properly planned and made available. in order to fully satisfy the training requirements, all in line with the Alliance policy, summarized in the “One Theater, one Forecast” principle.

The ship "Comandante Borsini"1 stopped in Gabon in an event that represents the close friendship and...
474
Read 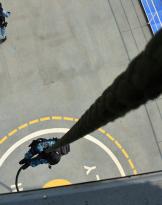 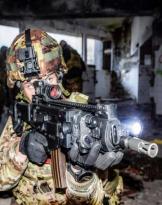 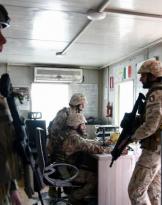