NATO Air Policing, Romania: the Air Force hands over the command of Enhanced Air Policing to the Royal Air Force 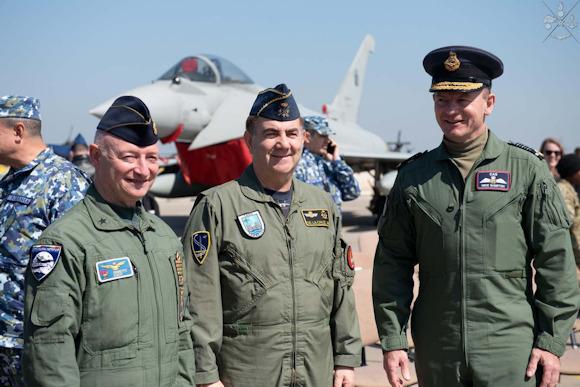 The Task Force Black storm, on the basis of NATO's planned changeover program, he relinquished command of the Enhanced Air Policing - South Area - block 58 to the component of the Royal Air Force of the United Kingdom who will operate the QRA (Quick Reaction Alert) service becoming the responsible for the block-59 of Air Policing in the area.

The Italian contingent of the TFA Black storm, operating in collaboration with other NATO assets and jointly with the QRA service operated by other allied nations, will continue to operate on the grounds of Constance, always under NATO command, in eVA (Enhanced Vigilance Activity) missions activated to increase surveillance and protection activities. of the Atlantic skies in consideration of the geopolitical scenario underway on the eastern flank of the Alliance.

On the occasion, Undersecretary of Defense Giorgio Mulè, accompanied by the Chief of Staff of the Air Force, air squad general Luca Goretti, met the Italian soldiers deployed at the NATO base in Constanta, Romania, for air safety, the so-called "Air policing". 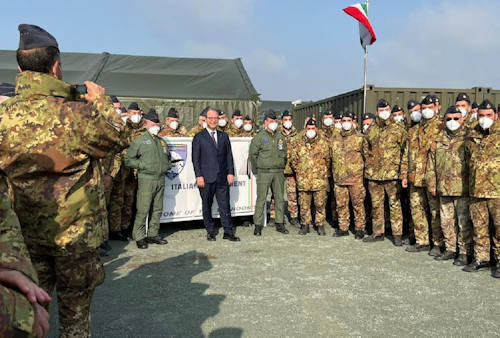 "To all of you who represent a significant part of Italy's guaranteed contribution to NATO, I want to convey the recognition and gratitude you deserve"Undersecretary Mulè said in the greeting address. “Safety is an essential value. You had the aspiration to be up to acting valiantly towards stars. Be sure that you have done it not only with value but also with honor, professionalism, an authentic patriotic spirit ".

The Chief of Staff of the Air Force, Air Squad General Luca Goretti, in thanking the men and women of the Task Force Black storm he pointed out: "We are here to protect and watch the Alliance skies" and then added "Our commitment does not end today, on the contrary it will continue with an active surveillance activity to guarantee the safety of the airspace and protect our borders. We have been there, we are there and we will be there as long as we need it".

In the presence of the air squad general Nicola Lanza de Cristoforis, deputy commander of the Operational Command of ...
507
Read

It took place on the afternoon of last Saturday, June 18, at the multipurpose hall of 'Camp Singara', the base that ...
246
Read

On 19 May, the European Multi Mission Frigate Carlo Bergamini received a distress call from the ...
848
Read