Born Air Policing: The Chief of Staff of the Air Force visiting the TFA-Iceland 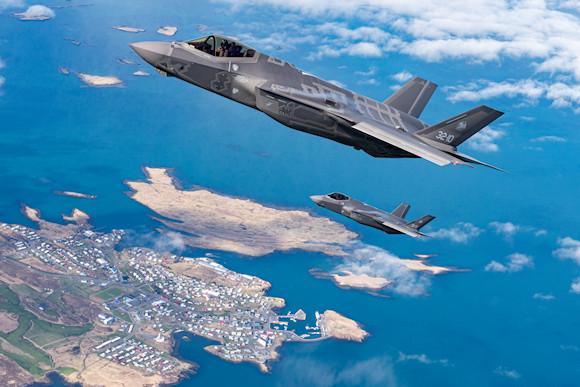 One month after obtaining the Complete Operational Capability (Full Operational Capability - FOC), i.e. the certification necessary to guarantee the safety of Icelandic skies in the context of Air Policing, the Chief of Staff of the Air Force, Air Squad General Luca Goretti, accompanied by the Logistics Commander, Air Squad General Roberto Comelli and the Defense Attaché at the Italian Embassy in London, Air Brigade General Enrico Pederzolli, met the men and women of the Task Force Air - Iceland.

Since Operation "Northern Lightning III" began at the Keflavik airbase, the commitment of the Italian contingent, deployed in Iceland to preserve the integrity of NATO airspace in peacetime, by strengthening the activity of surveillance of the skies of Iceland, which does not have its own air defense capabilities, continued seamlessly, in the meantime conducting joint training activities with the Icelandic Coast Guard and NATO forces present in the theater of operations.

These 30 days were characterized by the 100% maintenance efficiency of the F-35A weapon system which guaranteed, despite the peculiarity of the activities related to the deployment outside the national borders, the achievement of 250 flight hours in a single month for the four aircraft used in the Operation. The extraordinary milestone was achieved thanks to the professionalism of the technical and logistical staff and the daily commitment of all the men and women of the Air Force deployed in Iceland. 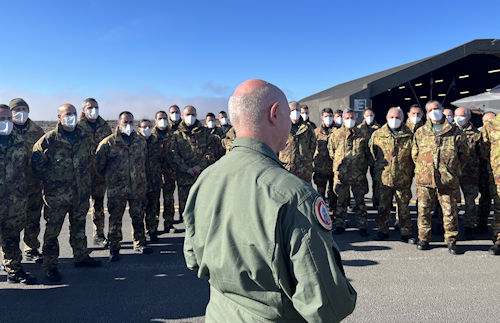 The Chief of Staff of the Air Force expressed his satisfaction with the important milestone achieved: "It is a source of profound pride to meet the men and women of the Air Force here in Iceland where once again the Armed Force is giving the best of itself by demonstrating its potential and the operational capacity it is capable of putting up. Linea F-35 is now an undisputed and incontrovertible reality of the Air Force landscape, widely recognized by the NATO coalition and I must admit that I am truly proud of how we managed to obtain these results in such a short time. General Goretti then added: Achieving such ambitious goals in such a short time is possible thanks to the constant training and truly unique preparation of our staff. The choral effort of the entire Air Force is indispensable, which brings together both the operational component and the logistics of adherence, the fundamental element that allows an Armed Force to be projectable and redeployable anywhere and in a very short time. And the proof is right here in Iceland ".

After those of 2019 and 2020, the one in progress, in fact, is the third redeployment in Iceland for the F-35As of the 32nd Amendola flock, the longest among those carried out so far. The XIII flying group, which has already gained considerable experience in the international arena by participating in the activities of Air Policing of NATO in Iceland and Estonia, in addition to ensuring the QRA (Quick Reaction Alert) service from its home base, continues to train its crews in the multiple and further uses that the platform allows. 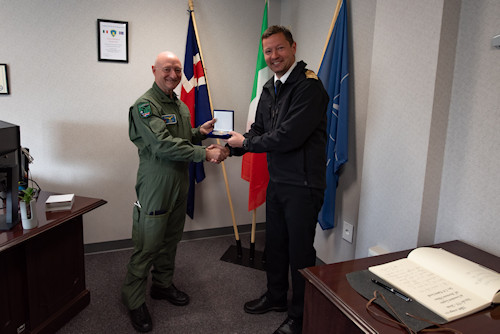 On the occasion of the visit, as evidence of the deep synergy between the Air Force and the Icelandic Coast Guard, General sa Goretti met the deputy commander of the Keflavik air base, t.col. Marvin Ingólfsson.

La Task Force Air, directly reporting to COVI (Operational Command of Vertice Interforze), is composed, in addition to the Flight Group and the technical and logistical personnel from the various Departments of the Armed Force, also by a team of Air Defense controllers who, in collaboration with the Icelandic coastguard, it will ensure until the end of June the surveillance and possibly the interception, by means of the F-35A in constant state of readiness, of unidentified aircraft, in distress, or which represent a potential threat.

Air Policing (AP) is a mission that NATO has equipped itself since the mid-fifties and consists in the integration of the respective national systems of the member countries into a single NATO air and missile defense system. The activity of Air Policing it has been conducted since peacetime and consists of the continuous surveillance of NATO airspace and the identification of all possible violations of it.

In the presence of the air squad general Nicola Lanza de Cristoforis, deputy commander of the Operational Command of ...
722
Read

It took place on the afternoon of last Saturday, June 18, at the multipurpose hall of 'Camp Singara', the base that ...
280
Read

On 19 May, the European Multi Mission Frigate Carlo Bergamini received a distress call from the ...
941
Read