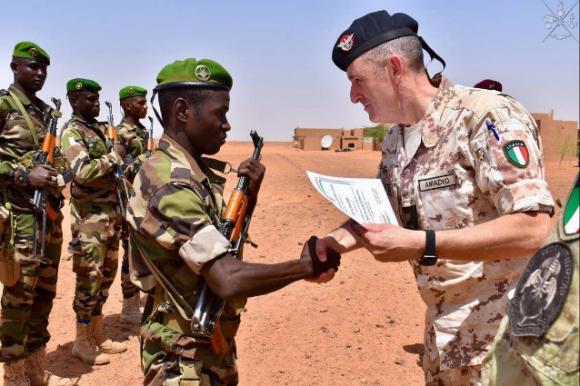 On 17 and 18 July a delegation from Inter-Force Command for Special Forces Operations (COFS) - structure dependent on the commander of the Interoperable Summit Operations Command (COVI) - led by Colonel Andrea Bandieri paid a visit to Brigadier General Liberato Amadio, commander of the Bilateral Support Mission in Niger (MISIN) and attended the final stages of the training of the Nigerian Armed and Security Forces conducted by Special Operations Task Group (SOTG) - “Victor” based on 185 ° rgt. par. Recognition Acquisition Objectives (RAO) of the Army and a unit of the Special Intervention Team (GIS) of the carabinieri.

On 17 July, in the training area of ​​the Niger National Guard in Niamey, the delegation followed the exercise which, at the end of a six-month course, sealed the specialization of the students of the Group d'Intérvention et Securité (GIS) of GNN, leading them to the acquisition of intervention procedures in counter-terrorism scenarios, characterized by high-risk contexts. At the end of the activity the deputy commander of the Garde Nationale du Niger, present at the ceremony, proceeded to deliver some certificates to the particularly distinguished visitors in the various training modules.

The next day, arrived in Arlit on a C-130J aircraft of the 46th brigade of the Air Force of Pisa, the guests attended the final exercise of a company of the 25th Bataillon Spéciale d'Intervention of the Special Forces of the Nigerian Army. The "tactical" demonstration effectively sanctioned the end of the operational qualification course lasting 4 months, managed by the Special Forces of the 185 ° RAO parachute regiment of COMFOSE (Command of the Army Special Forces), during which the students have acquired the necessary foot and vehicle combat skills, in rural and urban environments, also learning the correct management of gunshot wounds in a non-permissive context.

The commander of MISIN and the head of the COFS delegation, in the presence of Colonel Harouna Karimou, deputy commander of the Nigerian special operations command, once the exercise was over, gave the "humeral" to the new "Special Operators" as a sign badge of the deserved qualification acquired at the end of a long and intense training period. 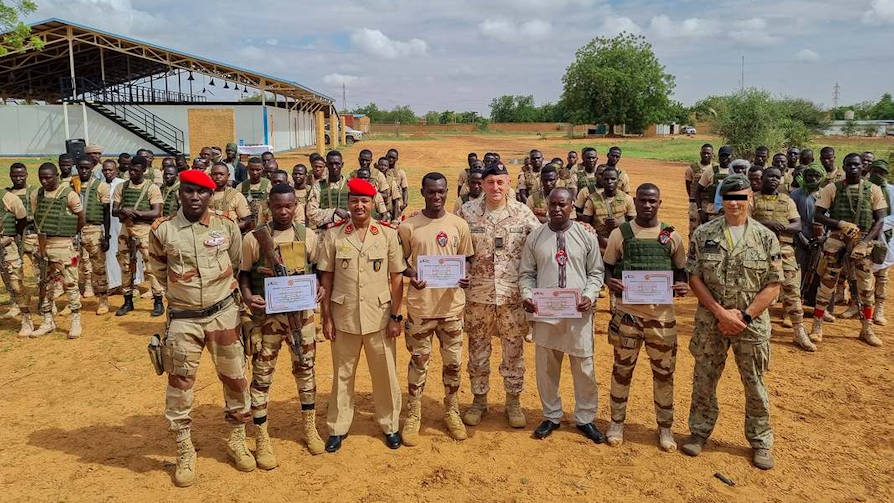 The Aerial Shield exercise has just been held at the RC-W Camp Villaggio Italia, dedicated to the defense of Counter ...
150
Read

The units of the Regional Command West, framed under the Piedmont Cavalry regiment (2nd) of the Army ...
5804
Read

Nave Thaon di Revel, the last ship delivered to the Navy, left on 12 August from the port of La Spezia to ...
2380
Read