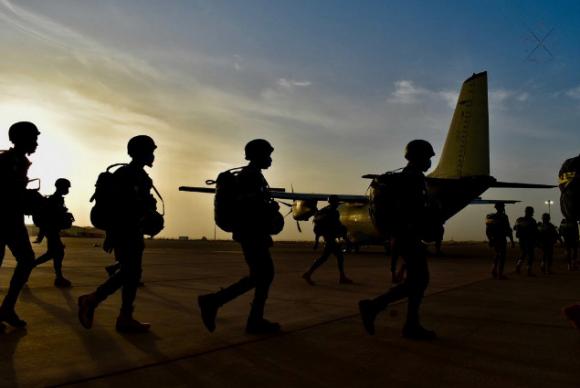 The 3rd session for the year 2021 of airplanes in favor of the parachute battalion and the Nigerian Security Forces has begun, with which the qualifications of military paratroopers will be issued to the personnel who have attended from the 12th to the 16th military parachuting course.
For this session, a total of 900 launches are planned for 152 aspiring Nigerians, including the first two aspiring paratroopers, belonging to both Army and Nigerian Gendarmerie personnel.

The course will be conducted by the staff of the Mobile Training Team (MTT) Italians made up of soldiers from the Army and the Carabinieri.

The activity will be conducted in compliance with the anti Covid 19 prevention measures and will be carried out from 6 November to the second decade of December with the support of a C27J of the 46th Air Force Air Brigade.

On 6 November, in the presence of the commander of the Bilateral Support Mission in Niger, Brigadier General Alessandro Grassano, the aviation activities have begun, which will end on December 15, where following the last launch, of this 3rd annual session, the qualification of military paratrooper will finally be given to all personnel which will have passed the aviation phase. 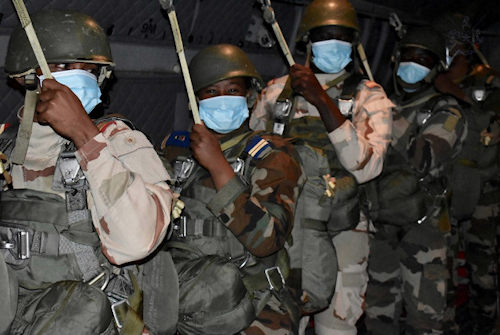 The military parachuting course is part of the new concept of action of the MISIN mission which is reviewing and improving the capabilities of the Nigerian counterpart, passing from a training type developed for single modules, to the more complex capacity building program, step fundamental for the increase of the individual and collective training of the Nigerian army.

MISIN's activities complement those of other partner countries of the European Union and NATO that are in Niger in support of the countries belonging to the G5 Sahel (Niger, Mauritania, Mali, Burkina Faso and Chad), increasingly engaged in the fight against crime local organization, the fight against terrorism and illegal trafficking in human beings.

La Bilateral Support Mission in Niger aims to strengthen the national presence in the Sahel in a multidimensional perspective, aimed at stabilizing the countries of the region by strengthening their defense, security and territorial control capabilities, both bilaterally and within multilateral instruments.

In the presence of the air squad general Nicola Lanza de Cristoforis, deputy commander of the Operational Command of ...
820
Read