MIBIL: training process for the Lebanese military concluded in Italy 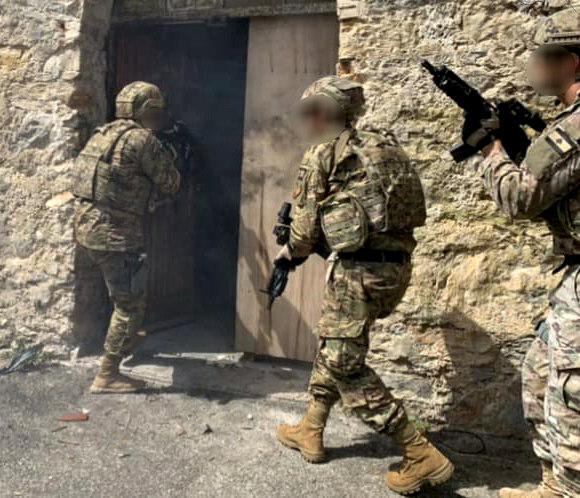 With the greeting to the Lebanese delegation, the training activity in favor of ten Lebanese soldiers belonging to the security and protection battalion area of Lebanese presidential brigade.

The training process started in the land of the cedars through the Italian Bilateral Military Mission in Lebanon (MIBIL) was finalized in Italy by the instructors of the Interforze Command for Special Forces Operations (COFS).

The event took place at the training areas of the special forces departments in the Livorno and Pisa area in the presence of the COFS commander gen. sa Nicola Lanza de Cristoforis, of the commander of the 2nd mobile carabinieri brigade gen. b. Stefano Iasson and the commanders of the 9th “Col Moschin” assault regiment of the Italian Army, the Raiders Operational Group of the Navy (GOI) and the Special Intervention Group (GIS) of the Carabinieri.

In particular, the delicate activity in question allowed the military of the presidential guard to be trained by a Mobile Training Team FS joint forces composed of Italian instructors from the raiding departments of the Interforze Command for Special Forces Operations (COFS), and precisely of the Special Intervention Team (GIS) of the Carabinieri (pilot department of the training activity), of the 9th assault regiment "Col Moschin" of the Italian Army and of the Incursion Operational Group of the Italian Navy (GOI). 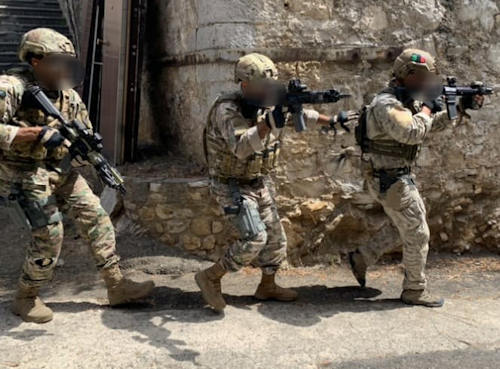 Spread over two weeks, the training process in Italy represented for the Lebanese military the completion of a long selection and training process characterized by a progression that began in 2017 in Lebanon and perfected with the Train the Trainers "T3" course which ended in the months past.

The training activity has allowed the increase and consolidation of the skills acquired in the context of the tasks strictly connected to the safety and protection of the President of the Lebanese Republic and his family. Furthermore, the Lebanese military has been placed in the best conditions to be able to independently plan, organize and conduct the protection and escort service, paying maximum attention to the proportional and gradual use of force even in the presence of civilians.

This training course is part of the training activities conducted by MIBIL in favor of the Lebanese counterpart and aimed at a continuous and constant growth of the relative skills.